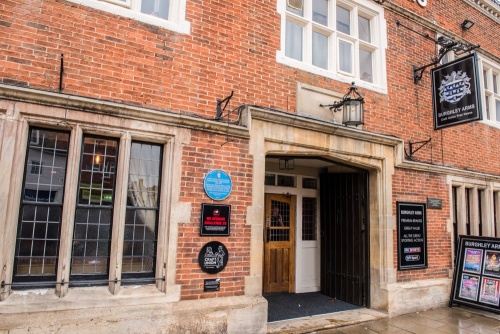 Bourne is one of the most important market towns in Lincolnshire and grew up around a major Roman road. The town name comes from a Saxon word for water, or stream, a reference to the clear natural springs that rise in the area.

In 1138 Baldwin fitz Gilbert de Clare founded an abbey at Bourne for the Arrouaisian order of monks. FitzGilbert may have built his new abbey on the site of an earlier Saxon church. Bourne Abbey was probably where the Ormulum, a Biblical text in Middle English, was written around 1175.

One unusual feature of the Arrouaisian order is that they always put forward one of their number to minister to the needs of the local people. As a result, Henry VIII did not demolish the abbey church during the Dissolution of the Monasteries, though the rest of the monastic buildings were destroyed. The nave of the 12th-century abbey church was left intact and became the new parish church. 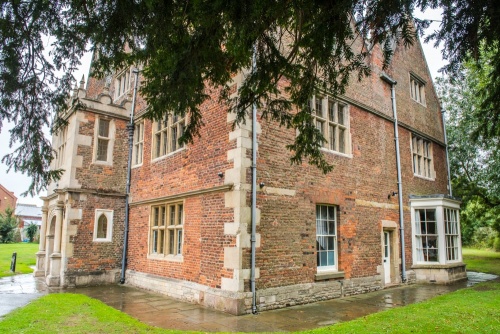 The church is just one of 71 listed buildings in Bourne. Other important historic buildings include Red Hall, a Jacobean manor built in 1620. Red Hall takes its name from the red brick used in its construction. From 1860 to 1959 Red Hall served as the railway station booking office.

Another historic building is Baldocks Mill, built in 1800. The mill and the miller's house have been converted to act as the town's Heritage Centre, with displays on the long history of life in and around Bourne.

Bourne is the [reputed] birthplace of the Saxon leader, Hereward the Wake, whose brief resistance to the Norman invasion made him something of a national hero. It is rumoured that he is buried within the abbey, but even the abbey's own website considers this unlikely.

An even more famous native of Bourne was Robert Mannyng, (1264-1340), a canon of Bourne Abbey who organised what we now call Middle English into a written form, and created religious and historical texts in the language his contemporaries could read. 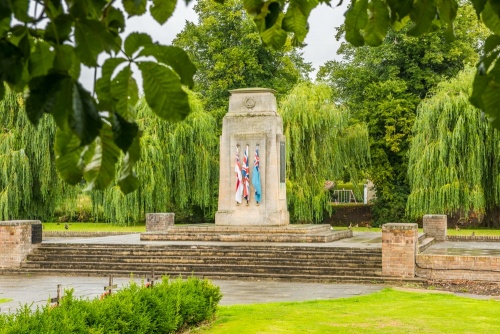 Another native was Charles Worth, the fashion designer and founder of haute couture, who was born in Wake House on North Street. The Elizabethan statesman William Cecil, later Lord Burghley, was born at the Burghley Arms, now an inn, on the Market Square.

On the edge of War Memorial Gardens stands a memorial to Raymond Mays CBE, a pioneer of motor racing. May s was born in Bourne in 1899 and developed the ERA and then the BRM make which went on to win the Formula One world title with Graham Hill at the wheel.

In Well Head Park you can see the earthworks of a Norman castle built by Baldwin FitzGilbert. The castle was built with a double bailey (outer enclosures). Bourne Castle was destroyed during the Civil War when Cromwell's soldiers occupied the site. A farmhouse was built from the castle ruins but all that remains now are the earthwork banks of the outer and inner moats.

By an old custom, the fields of White Bread Meadow are auctioned for charity each year while school children race a set distance.

Just outside Bourne is Grimsthorpe Castle, home to the de Eresby family since 1516. 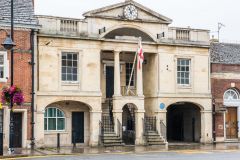 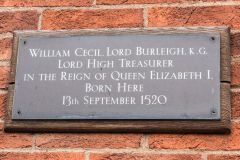 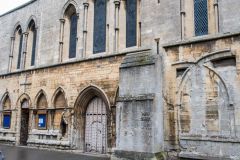 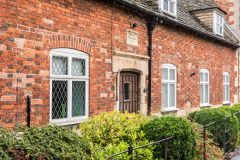 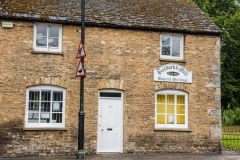 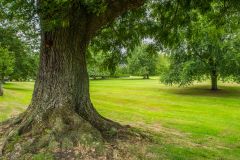 More self catering near Bourne >>

More bed and breakfasts near Bourne >>