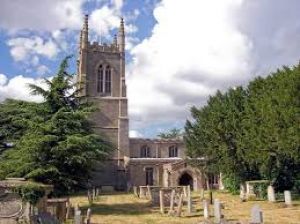 Edenham is a small village 3 miles from the market town of Bourne. The name comes from Old English meaning a homestead in a valley setting by a river. The village was mentioned in the Domesday Book of 1086. It must have been a fairly important place at that time, for 32 villagers and 24 freemen are recorded.

In 1147 the Earl of Abermarle founded a Cistercian abbey nearby, at Vaudey. Documents mention a hospital in Edenham in 1307, possibly established by the monks to aide travellers.

The lovely church of St Michael at Edenham has monuments to the De Eresby family of nearby Grimsthorpe Castle. The church stands on the site of a Saxon minster, or mother church for the region. You can still see Saxon stonework in the current medieval building. Historic features of St Michaels include a medieval angel roof, with carved and painted figures of angels. In the churchyard stands a worn Saxon cross on a stepped plinth.

The De Eresby family have lived at Grimsthorpe Castle since the 14th century, and the family have been lords of the manor of Edenham since 1507. The castle contains a number of historic treasures, such as the clothes worn by Charles I when he sat for his famous portrait by Van Dyck. The castle is based around a 13th-century fortified tower.

If you fancy a cold pint, try the Five Bells on Main Street, a 19th-century country pub with traditional food. The pub stands almost directly opposite the church. In a curious twist, the inn stands on the site of an earlier temperance hotel. 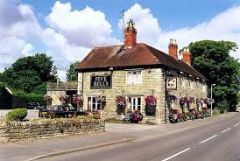 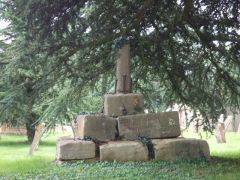 More self catering near Edenham >>

More bed and breakfasts near Edenham >>