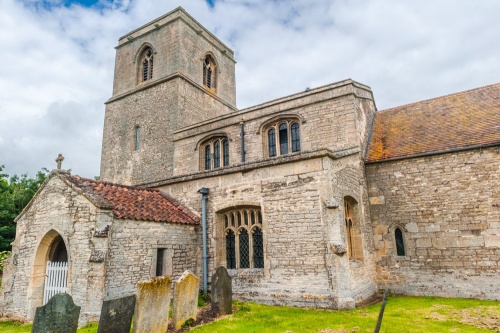 A small country church on the edge of the Lincolnshire Fens, St Barbara's church is an attractive medieval building consisting of a nave with clerestory, chancel, south aisle, south porch, and an impressive three-storey west tower. The top stage of the tower is in the Decorated Gothic style that emerged in the 14th century, but the bottom two stages show Norman features.

A Question of Saints

The church is generally known as St Barbara's, but that dedication is subject to doubt. The Churches Conservation Trust, who care for the building, call it St Margaret's Church. The reference to St Barbara is apparently due to the fact that one of the bells in the tower has an inscription to St Barbara, though there is no proof that the church was ever actually dedicated to her - or that it wasn't.

Just to be confusing the architectural historian Nikolaus Pevsner calls the church St Margaret's, which the Lincolnshire Historic Environment Record thinks is because he confused it with the nearby church of St Margaret at Braceby.

Haceby was once a thriving village, mentioned in the Domesday Book, but now is little more than a hamlet. It was historically part of the Welby estate and as such, avoided development. This was perhaps a mixed blessing, as the village has shrunk down to only a few inhabited cottages. 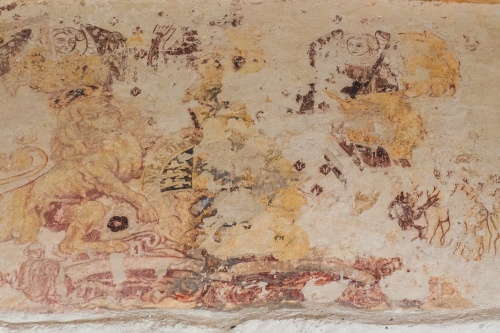 The medieval 'Doom' and royal coat of arms

One historic episode relating to the church has been preserved; a 14th-century vicar so annoyed some locals with his preaching that he was set upon and beaten during a service.

The church dates to at least the 11th century; the base of the tower dates to this period, as does the plainly carved chancel arch. The chancel is in Early English in style, with a Jacobean east window.

As you pass through the porch pause to find a series of 17th and 18th-century graffiti carvings over the lintel of the west window. The oldest piece of graffiti that we discovered was dated 1677. There are over 120 different examples of graffiti, including two depictions of windmills, an indication of just how important mills were to the rural population.

Just inside the south door is a plain octagonal font crafted in the 14th century. 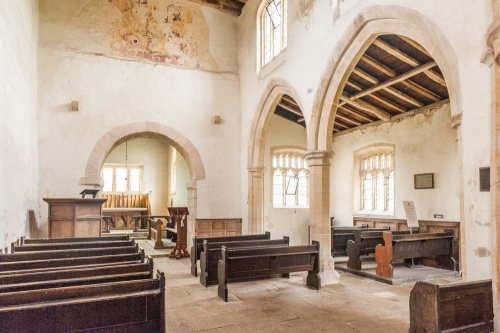 The major historic feature of the interior can be found above the chancel arch. Here you will see a royal coat of arms to Queen Anne, unusually painted directly onto plaster rather than onto boards.

The coat of arms was painted over a 15th-century 'Doom', or Day of Judgement, depicting the Harrowing of Hell. On the right of this scene, you can make out the figures of sinners being pitchforked into Hell by a demon. This scene was meant to vividly portray the outcome of a life of sin to the largely illiterate population.

In the chancel you can see 18th-century panelling lining the walls behind the choir stalls. The altar stone dates to the medieval period. Carved into the stone surface you can see one of the original consecration crosses. Set into the south wall is a 13th-century piscina used to wash Mass vessels. 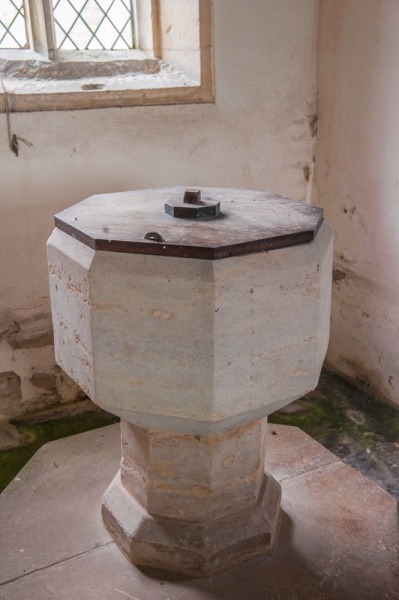 There are very few memorials in the church. One that we found was a simple plaque commemorating John Lucas-Calcraft (d. 1887) who serve as the Rector of Haceby for 55 years. Most of the interior furnishings date to the 18th century, including the pulpit.

In the west window of the porch is a reused 12th-century stone bearing a cross-pattee carving, and another similar stone is set into the aumbry in the chancel. 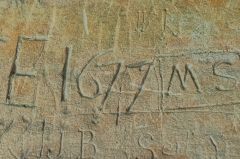