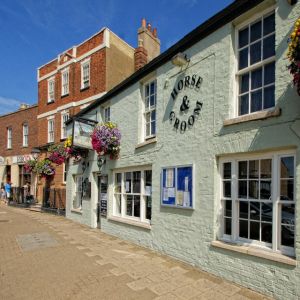 A market town which dates back at least to the time of the Domesday Book. Holbeach was awarded a market charter in 1252. The superb 14th century All Saints church incorporates parts of an earlier medieval castle. The 18th-century antiquarian William Stukeley was born in Holbeach in 1785.

Holbeach is one of several communities which grew up around the Wash. Reclamation of fenland means that Holbeach is now one of the largest parishes in East Anglia. Until the 19th century, Holbeach was 2 miles from the sea, but major drainage programmes in the 18th-19th centuries mean that the town is now 9 miles distant from the shore.

In 1252 Thomas de Moulton granted Holbeach a market charter, which made it a centre for trade in the South Holland area. The prosperity from that trade helped pay for the superb 14th-century church of All Saints, built partly upon the foundations of De Moulton's castle.

Holbeach's parish church was begun in 1225 but most of the current building dates from 1340-1380. The porch was added in 1700, reusing fragments of 14th century stone from Moulton Castle. The chancel arch dates to 1360 and in the chancel is an ornate memorial to John March, who died in 1736. The nave roof is supported on original 14th-century corbel heads. Among the more notable memorials is a table tomb to Sir Humphrey Littlebury of Holbeach Hurn, who died c.1380, and a brass to Joan Welby (d. 1488).

One of the most interesting historic buildings in Holbeach is the Manor House Hotel, built sometime around 1681. It was here that Nobel Prize winner Sir Ralph Norman Angell was born in 1872.

Angell was a journalist, lecturer, MP, and author of 'The Great Illusion', which first expressed his theory that military and political power give a nation no commercial advantage, and that the countries of Europe had grown so close economically that war between them was futile, making the militarism of his day obsolete. He was awarded the Nobel Prize for Peace in 1933. a plaque on the Hotel exterior commemorates this remarkable man. 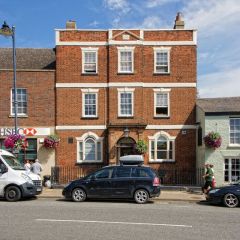 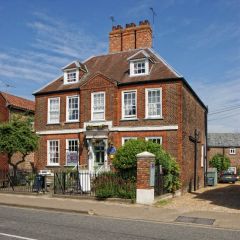 More self catering near Holbeach >>

More bed and breakfasts near Holbeach >>