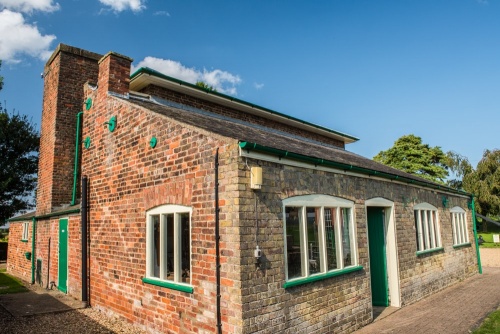 As far back as the Saxon period settlers in the low-lying fens around Spalding built a system of earthwork banks and ditches to help drain the marshy ground. A settlement grew up at Pinchbeck, near Spalding, in the late Saxon period, and was recorded in the Domesday Book of 1086. As more and more of the fenland was drained the settlement grew in size and was divided into several manorial estates.

The next stage in managing the fen drainage came in 1833 when a steam-driven drainage engine was built at Pinchbeck to power a pumping station aimed at regulating water levels on the fens. 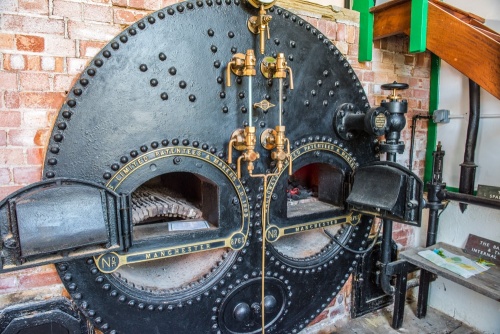 But why was a steam-driven pumping engine needed?

The 1801 Enclosure Act made it possible to deepen and broaden the Blue Gowt drain, which should, in theory, have drained the fenland in the Spalding and Pinchbeck area. Unfortunately, the sheer height of water at the drain's outfall meant that it did not drain adequately.

In an effort to encourage drainage six wind-powered wheel pumps were installed but these would only work when the wind was strong enough. The wind pumps were simply not up to the task and they were allowed to fall into decay.

A new Act of Parliament in 1832 authorised a board of trustees to build one or more engines on the drain 'to be worked by steam or otherwise'. The result was the Pinchbeck Pumping Engine.

Powering the Pinchbeck drainage system was a 20 Hp A-frame low pressure condensing beam engine, manufactured by the Butterfly Company of Derbyshire and capable of lifting water eight feet at 20 cu/sec. The engine was capable of lifting 3,000,000 tons of water annually at a 7,500 gallons per minute. The cylinder bore is a massive 35 inches with a 54-inch stroke. The engine is connected to a 14-inch beam to drive a huge 18.6-inch flywheel weighing a whopping five tons. The engine's top speed was 30rpm. 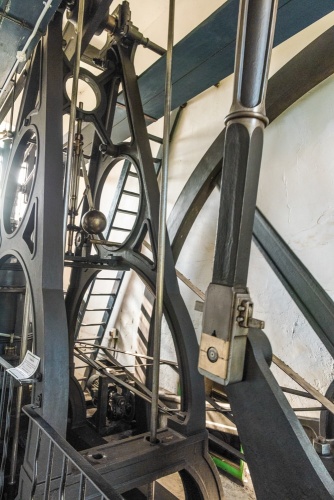 Remarkably, the steam engine remained in service until 1952 when it was replaced by an electric engine. Most pumping stations introduced diesel engines to replace steam, but in Pinchbeck's case, no diesel engine was ever used.

The steam engine powered a 22-foot diameter wooden scoop wheel equipped with 40 timber ladles each 2'2" wide. The scoop wheel could drain 6,000 acres of land, removing between 1,093,000-3,690,000 tons of water annually. The scoop wheel's wooden ladles could easily be replaced if they broke.

When the pumping station opened in 1833 it was equipped with a single boiler operating at 4psi. In 1895 the original boiler was replaced with the present double fire boiler, built by the Galloway Company of Manchester and operating at an improved 20psi. This impressive boiler burned 1 ton of coal per day and was intended to operate from October to May. 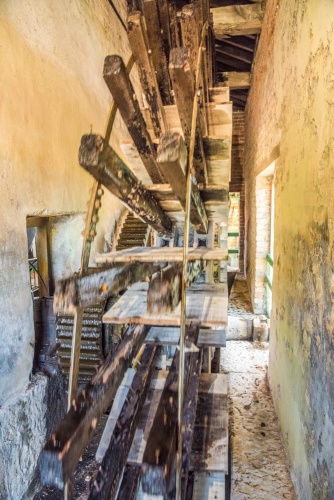 The 22' scoop wheel in motion

The Boiler Room has a wonderful archive of artefacts connected not just with fen drainage but with life on the Lincolnshire Fens. You can see examples of tools used to maintain the drainage canals, as well as fishing gear such as nets and spears used to catch eels.

A traditional flat-bottomed fen punt is on display along with a long-barrelled punt gun. Wildfowlers used these boats and guns to hunt geese and ducks on the nearby marshes.

Coal for the steam engine was brought to the pumping station by barges than ran along the drainage canals from the sea. When the drains eventually silted up and became unnavigable, a narrow-gauge railway was built, linking the station to the Great Northern Railway line. The narrow-gauge railway was quickly replaced with road transport. The Coal Store now holds an exhibition on the history of fen drainage from the Saxon period to the present day. 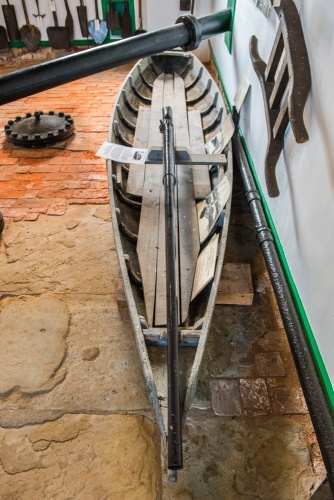 A traditional punt and punt gun

With all the mechanical equipment on site it is not surprising that the operator needed a smithy to make and mend the pumping gear. The original 1833 forge and bellows are still on display.

The Pinchbeck Engine Museum is a delightful and nostalgic look back at an essential part of Fenland heritage. The museum is outstanding and the guide that showed us around the site was excellent.

The museum is very easy to find, but be aware that there are no brown tourist signs. The museum is 1/2 mile off the A16. Heading northbound on the A16 towards Boston you cross the industrial estate roundabout and after 20 yards turn right onto West Marsh Road. The pumping station is 1/2 mile ahead. 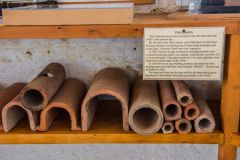 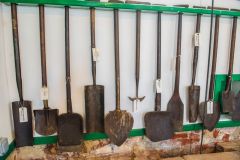 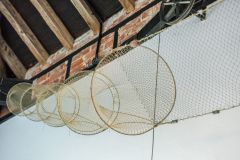 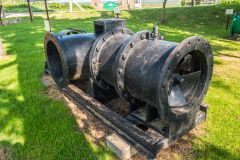