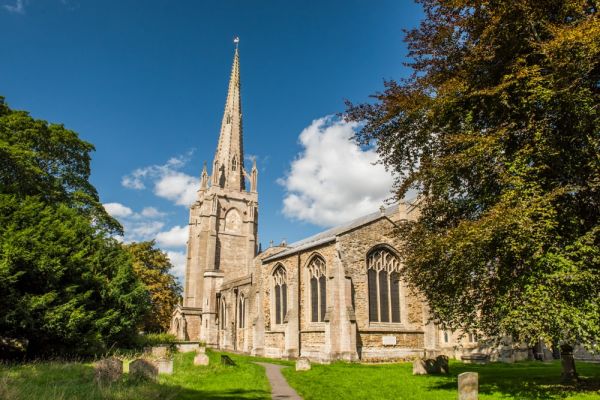 In a pleasant location close to the River Welland stands the medieval church of St Mary and St Nicholas, the parish church of Spalding for over 900 years.

Records show that there has been a church here since the reign of Edward the Confessor. Nothing remains of that Saxon church, however, and the present building dates to 1284. The 13th-century building was heavily remodelled by the famous Victorian architect Sir George Gilbert Scott in the 1860s.

The tower was erected around 1360, and the striking spire added a century later. If you look closely you will see that the spire leans markedly to the north east. 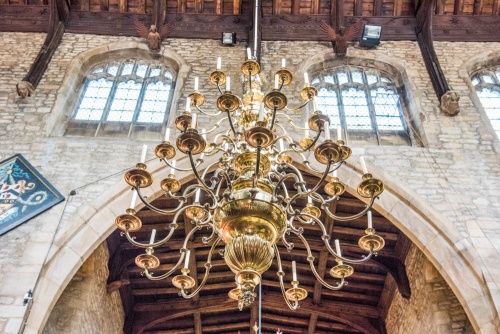 The nave dates to 1284 but was altered in 1450 when the clerestory was added and the timber-framed roof installed. The roof is built in a hammer-beam style with 28 carved angels decorating the beam ends. The west window was destroyed in a storm in 1662. The stained glass we see now was installed in 1865.

At the west end of the nave is the font, also a product of the Victorian restoration.

In the south aisle are memorials to generations of the Johnson family. the owners of nearby Ayscoughfee Hall. Johnson family funeral hatchments adorn the nave arcade. These painted wooden boards were carried at funerals and then put up outside the house of the deceased for a time before being brought into the church for preservation.

At the east end of the south aisle is the St Thomas Chapel, built in 1315. From 1568-1881 the upper chamber in the chapel housed the Spalding Grammar School. Adjoining the St Thomas Chapel is a smaller chapel dedicated to St George, which acts as a memorial to local residents who died in WWI. 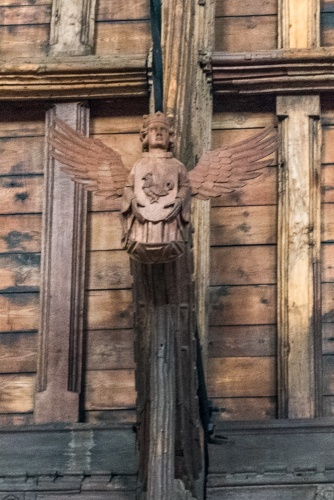 Carved angel on the hammerbeam roof

At the east end of the north aisle is a window depicting two brothers-in-law who died during WWI. The stained glass shows the men in the garb of medieval soldiers being welcomed into heaven.

Under the crossing hangs a brass chandelier dated to 1760. At the east end of the crossing is the pulpit, installed in 1866 to replace an earlier huge three-decker pulpit. The rood screen was built in 1870 but incorporates pieces of the original 15th-century screen.

The chancel boasts a brightly painted ceiling designed by architect Stephen Dykes Bower in 1959. Bower is more famous as the Surveyor of the Fabric at Westminster Abbey for 2 decades. At the east end of the chancel is the altar, a heavy slab of limestone supported on 15th-century timbers from the original chancel roof. On the chancel wall is a brass tablet commemorating Dame Margaret Oldfield, who died in 1738. Tucked against the wall is a restored niche holding a very worn medieval grave slab. 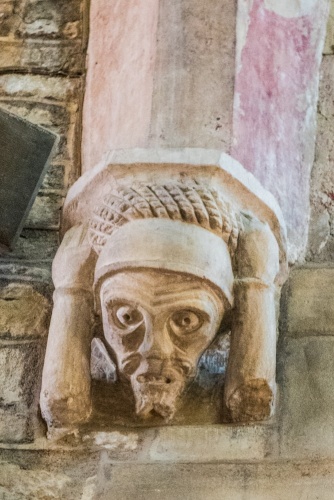 Grotesque head on the chancel arch

Some other historical features that we noticed included a moving memorial to Lieutenant George Johnson, who died at Fort George, Madras in 1823 at the age of just 26. Johnson had just been promoted to Captain a few days before his death. A much more sedate memorial is a grave slab embedded in the floor to Margaret Willsbye, who died in 1646. One wonders if the mason made a mistake with the inscription as the '6' has been altered from an earlier '8'.

Another Johnson memorial is a life-sized effigy of Elizabeth Johnson (d. 1843) on a marble plinth. The flowery inscription records that she was 'A duteous daughter, a devoted wife and mother ... a bright example of Christian faith and Christian hope triumphant over death.'

Her epitaph is positively restrained compared to the memorial to Jane Johnson (d. 1703):

'Cou'd Height of Beauty, Sense, or Goodness Save
Cou'd Love, or Friendship ransom from the Grave
Had Floods of Tears, or Clouds of Pray'rs prevail'd;
Oe'r these dear Relics now we should not mourn,
Nor had such precious Dust adorn'd this urn.' 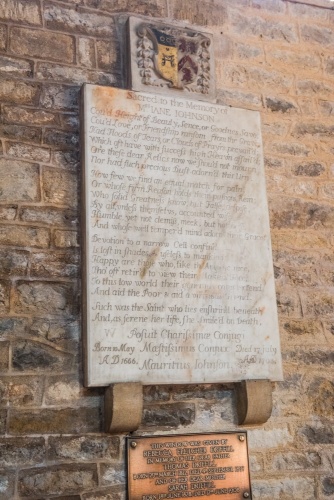 Compare that inscription to the simple memorial to the service personnel of the 3rd Parachute Battalion, erected on the 50th anniversary of its formation to mark the Battalion's strong links to the people of Spalding.

St Mary and St Nicholas Church is a delightful historic building, full of interest. It is very easy to spot from a distance because of its tall spire. It stands in a large churchyard at the junction of Love Lane and Church Street on the east bank of the River Welland. It is extremely close to Ayscoughfee Hall. The church has its own car park.

The church was open when we visited. 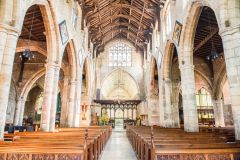 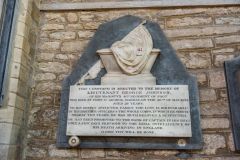 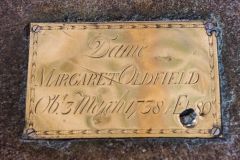 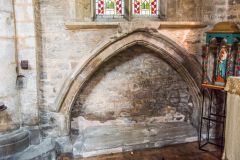 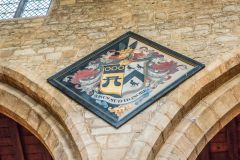