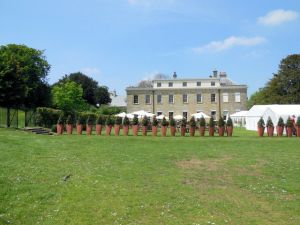 Stanmer Rural Museum
A museum of a bygone age, situated beside the historic house of Stanmer Park, just outside Brighton. The collections include agricultural implements, tools, photographs, domestic objects, as well as archaeology and natural history of the area.

Among the exhibits is a 'horse gin' for raising water. The village of Stanmer is a special conservation area, built to house workers on the Stanmer estate. Stanmer House was built in 1720 by the first Earl of Chichester. In the village you will see a donkey wheel, farm, and historic church.

Unfortunately, the museum has had to close, due to its lease not being renewed. Museum exhibits are temporarily in storage while local volunteers search for a solution. We will update this page as soon as we know more but in the meantime please DO NOT make plans to visit.