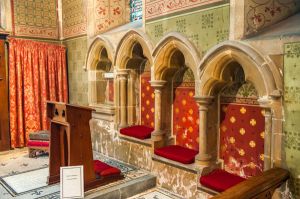 A small 13th-century church located beside the Georgian manor house of Preston Manor. Somewhat overwhelmed by its modern surroundings, St Peter's is a simple building of flint.

The church is worth visiting for its 14th-century wall paintings. These were uncovered during renovation work in 1830, and are likely to date to 1300 or perhaps earlier. Over the chancel arch are paintings of the Weighing of Souls and the Martyrdom of St Thomas Becket.

On the north side is a painting of the Last Supper and Nativity. The fact that the paintings have survived at all is remarkable, as the church was subject to a terrible fire in 1906. The fire damaged the upper level of the paintings, but the rest are largely undamaged.

Both Preston church and manor were mentioned in the Domesday Book of 1086. Preston Manor itself is now part of Brighton Museum and makes a good combined visit with St Peter's church.

Though the church layout may well date to the 11th century, the current building is 13th century. The font is said to have been found in the grounds of the manor and be of Saxon date, though this early dating may be wishful thinking. The most interesting monument is a tomb chest of Edward Elrington (d. 1515), which was later used as the altar.

There are two piscinae, both likely 13th century, and a 13th-century sedilia in the south chancel.

The church is no longer used for regular worship and is in the care of the Churches Conservation Trust. Please do take the time to visit neighbouring Preston Manor, a wonderful example of a Georgian mansion, now used as a local museum. 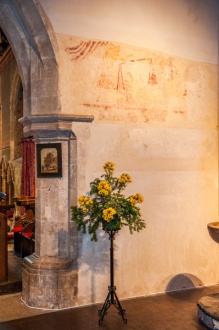 The chancel arch and
wall painting 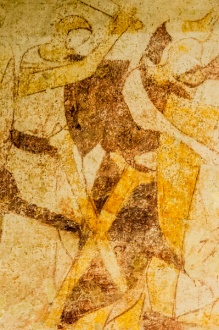 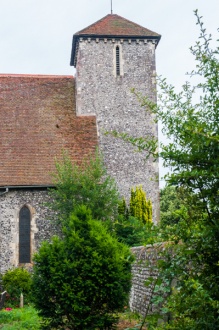 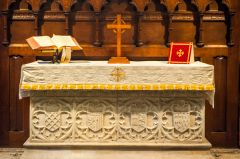 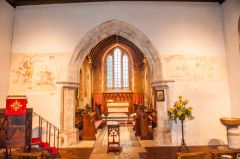 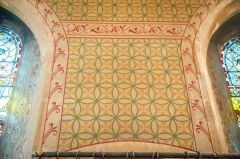 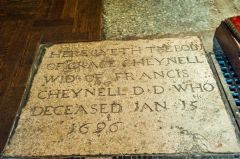