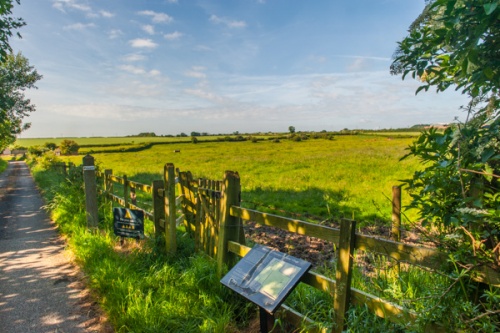 Gainsthorpe is an abandoned medieval village; one of the best-preserved village sites in England. Gainsthorpe was mentioned in the Domesday Book, and in 1208 it was recorded as having a windmill and chapel. The last reference to the village was in 1383. Further references in the late 17th century indicate that the village was deserted by that time, but remains of over 200 buildings were visible.

The village is laid out on a pair of streets running parallel to the Roman Ermine Street 500 metres to the east, so it is possible that settlement patterns at Gainsthorpe were established in the Roman period. The earthworks cover an area of about 5 hectares.

The visible remains are probably part of a manor house complex, while the main village was likely 200 metres or more to the north. Remains of a fishpond, two dovecotes, barns, longhouses, and croft buildings can be seen as turf-covered foundations on the field. The site has suffered from plough damage over the years.

According to local legend, the village was a haven for thieves, and this is what led to its destruction. The truth of Gainsthorpe's abandonment is unknown, though of course, the devastating effects of the Black Death in the mid 14th century may have played a part, as they did elsewhere in the country.

The village site is signposted off a minor road between the B1398 and the A15, just south of Scawby and west of Hibaldstow. There is a small parking area, then a paved lane leads to the site. Unfortunately, the village site is in a farm field and can be very wet and muddy after rain. And watch for the cows, which kept a respectful distance when I visited! I have to say that the site was rather unimpressive on the ground.

There is one information panel by the field entrance, but no other panels around the site, and the foundation walls are so overgrown that it is rather difficult to make out the various buildings and how they interacted with each other. You can certainly see the shape of foundation walls clearly under the turf, and see where lanes must have run between the buildings. This is one site that might be more impressive if you could see it from an aeroplane! 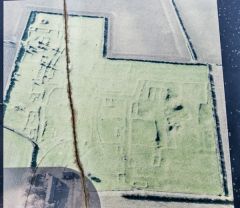 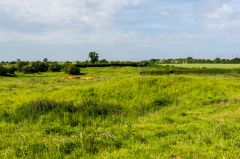 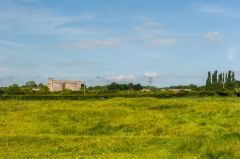 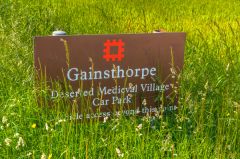