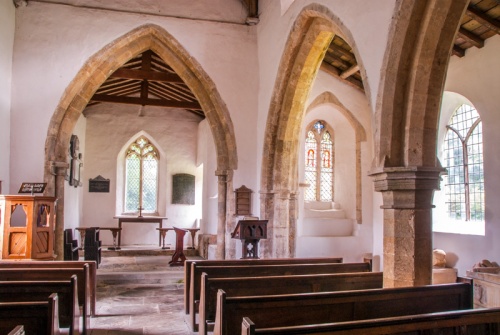 Kingerby is an ancient hamlet. Iron Age remains found here are predated by Bronze Age burial mounds, making the later Roman remains seem positively modern by comparison. A newcomer to the scene, then, is St Peter Church, located on a long, leafy lane. The estate of Kingerby was owned by a staunch Roman Catholic family during the turbulent years of the 17th-19th century, and Kingerby became known as a hiding place for recusant priests.

The church consists of a nave, chancel, south aisle, small south porch, and a squat west tower which probably dates to before the 12th century. There is a circular window high on the west wall, which would have admitted the light of the setting sun. This is a feature sometimes found on Saxon churches, so it is possible that parts of Kingerby church predate the Norman Conquest.

The Early English porch gives access south arcade of two bays. There was once a north aisle, but this has now disappeared. The east window of the south aisle still retains fragments of 14th century stained glass depicting St Catherine. The timber roof of the nave is worth noting; it is 17th century and features some lovely woodwork. At the west end of the nave is a poor box on a stand. The very worn box is inscribed with the words, "This is God's treasury. Cast on mite into it. 1639." 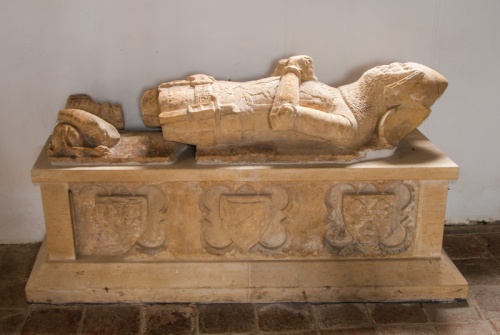 All these are interesting, but what makes Kingerby worth a visit are the monuments. Along the south wall of the south aisle are the effigies of two knights, probably Sir William Disney, father and son.

The elder Sir William Disney held the manor of Kingerby in the 14th and 15th centuries. The elder Disney fought with Edward, The Black Prince, and died in 1316. He is depicted in a suit of chain mail. The younger Sir William Disney died in the devastating Black Death of 1349 and is shown in plate armour. The Disneys are ancestors of film-maker Walt Disney.

Leaning against the south wall of the chancel is yet another Disney monument, to Henry Disney, this time in the form of a rectangular slab with partly raised relief carvings of a knight. The knight's head and hands appear under an ogee canopy, and his feet under an arch at the base of the slab. Between, where you would expect the knight's body, there is instead a floriated cross.

Aside from the Disneys, one of the most prominent natives of Kingerby was Thomas Bell (born circa 1590). He was raised at Kingerby vicarage, the ruins of which can be traced immediately north of the church. Bell went to London and became a highly successful apothecary. His silver wedding plate is exhibited in the Victoria & Albert Museum in London. Bell endowed the almshouses which stand just west of the church (now private homes).

Also in the chancel are Victorian marble memorials to the Young family, the last Catholic holders of Kingerby manor.

The church is now cared for by the Churches Conservation Trust 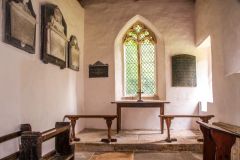 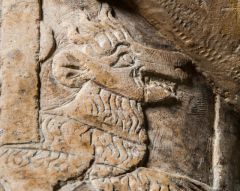