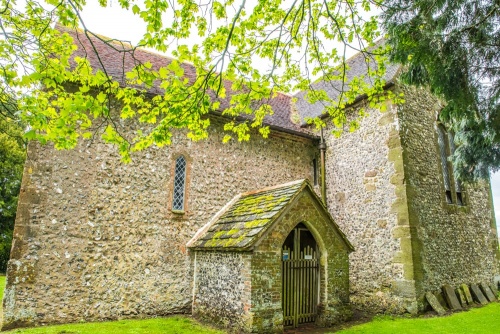 The ancient parish church of North Stoke stands beside the River Arun, in a rural setting of great charm. The cruciform building has been essentially unaltered since the medieval period and is an excellent example of a simple country church.

We know that there was a church on this site as early as the Domesday Book of 1086. Stonework from the Saxon church can still be seen around the nave windows and the nave floor. In the Norman period, the church was part of the estates traditionally granted to the Sheriff of Shrewsbury.

The connection with Shrewsbury, hundreds of miles to the north, seems an odd one, but the explanation lies in the fact that the Earl of Shrewsbury was Roger de Montgomery, who was also Earl of Arundel.

By 1135 the church was granted to the Abbey of Haughmond, just outside Shrewsbury, but the patronage later reverted to the Fitzalan family, Earls of Arundel in the 13th century. After litigation between the Earls and the Church, North Stoke was finally granted to the monks of Tortington Priory.

The Priory retained the church until the dissolution of the Monasteries under Henry VIII. The last vicar named by Tortington Priory held the post until 1541. In his will of that year, he requested that he be buried in the churchyard.

During the medieval period, there was a ferry across the Arun at Houghton, accessed by a path that ran through a ford at North Stoke. In 1438 the Bishop of Chichester paid for a bridge at Houghton and the old footpath fell out of use. North Stoke was now cut off, and its population dwindled until it became an isolated hamlet. 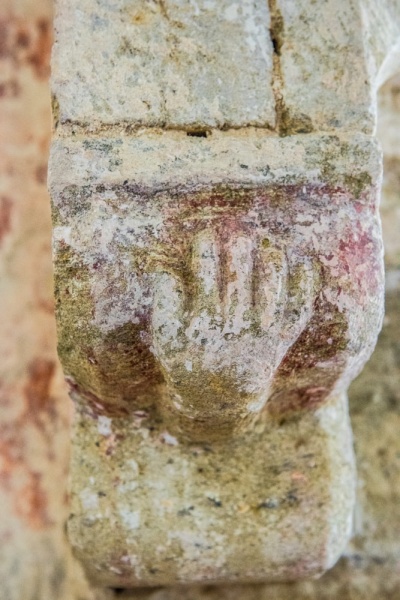 A carved hand supporting an arch

For centuries the church was known simply as 'North Stoke Church'. It was only in 2006 that the original dedication to St Mary was rediscovered when a scholar discovered a letter in the National archive at Kew. The letter was written in 1275 from Stephen Bersted, Bishop of Chichester, to Edward I. In it, the Bishop tells the king that he has received a letter of resignation from the rector of the Church of St Mary, North Stoke.

There are two 13th-century aumbreys, a pair of 13th-century piscinae, and the font is also 13th century. Of similar date is the three-arched sedilia in the sanctuary, possibly made for visiting canons from Tortington.

The corbels flanking the east window are worth noting; these probably date from the middle of the 13th century and boast very fine carved foliage and small heads.

More fine carvings can be found on the west wall, including an unusual carved hand supporting an arch and a depiction of a sheep. Look for some very good ledger stones set into the floor; these date from 1690-1820. There are also several late medieval choir benches.

St Mary's is no longer used for regular worship and is in the care of the Churches Conservation Trust, who keep it open daily. 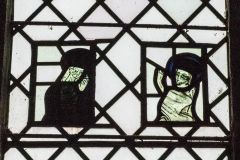 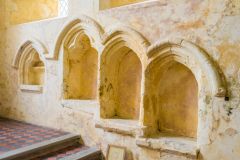 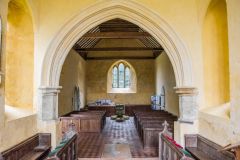 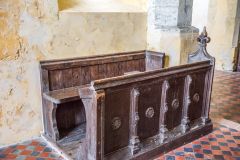 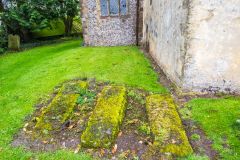 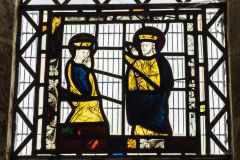