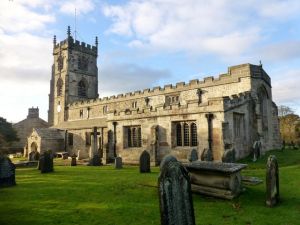 Bolton-by-Bowland Church
An attractive 15th-century church is this equally attractive Ribble Valley village, on the edge of the Forest of Bowland. There was a church at Bolton-by-Bowland as early as the 12th century, however much of the present building dates from several centuries later, when the local landowner, Sir Ralph Pudsey, undertook a comprehensive rebuilding.

The tower dates from this 15th-century rebuilding and the nave and chancel were both enlarged at that time. The tower is much more elaborate than other Ribble Valley churches, and one suspicion is that the design of the tower was influenced by Henry VI, who stayed in hiding at Bolton Hall for almost a year at the height of the Wars of the Roses.

The year was 1464 when the king fled after the defeat of his armies at the Battle of Hexham. Sir Ralph took the risk of hiding Henry from his Yorkist enemies, and Henry stayed at Bolton for nearly 12 months. In fact, a well near the site of the Hall is still called King Henry's Well.

There is an impressive memorial inside the church to Sir Ralph, who was a busy chap when he wasn't building churches, as he had no less than three wives and a grand total of 25 children. The oldest parts of the church are the west window and sections of the south wall, which date to the 13th century.

A short walk downstream along Kirk Beck and then the River Ribble brings you to the ruins of Sawley Abbey.

More self catering near Bolton-by-Bowland Church >> 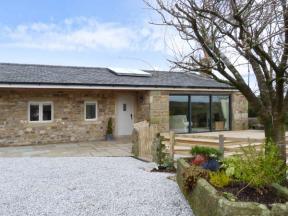 This single-storey, detached cottage on a working farm in the Ribble Valley hamlet of Harrop, 3 miles from Bolton-by-Bowland, sleeps 4 people in 2 bedrooms.
Sleeps 4 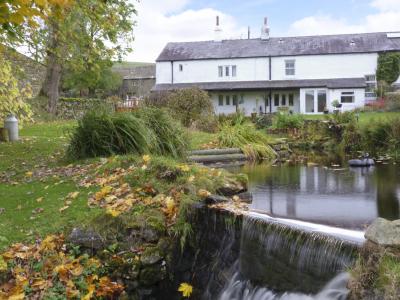 This semi-detached farmhouse conversion rests in Harrop Fold and sleeps two people in one bedroom.
Sleeps 2