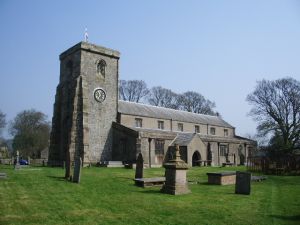 Slaidburn, St Andrew's Church
There was a church at Slaidburn as early as the Norman period, but the current church dates to 1450. The church consists of a nave and chancel with clearstory, north and south aisles, west tower, and north porch. St Andrew's is particularly notable for its excellent quality woodwork.

There is an Elizabethan font cover, a very attractive set of early Georgian pew boxes, a carved Jacobean chancel screen, and a glorious triple-decker pulpit from 1740. The organ was used at the Great Exhibition of 1851 and installed at Slaidburn in 1870.

The timber roof in king-post style probably dates to the early 17th century. The five-stage west tower is 15th century and holds a ring of six bells, all of them cast - at different times - at the famous Whitechapel Bell Foundry in London.

In the churchyard is a cross shaft dating to the late medieval period. The shaft is made from sandstone and has finely carved detail on its upper section.

Though the village of Slaidburn is in Lancashire today, it was traditionally part of the West Riding of Yorkshire. For that reason, Slaidburn Church is part of the Diocese of West Yorkshire and the Dales. 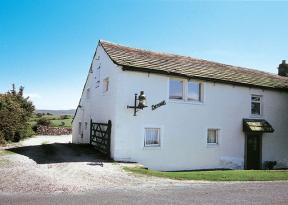 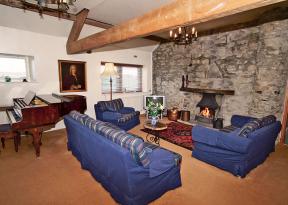 The Ship Hotel New Romney is a 15th century pub & hotel situated in the heart of Romney Marsh. With a large restaurant seating over 70 people a conservatory a fully heated patio garden 10 comfortable en suite bedrooms & an indoor & outdoor bar. The hotel is tastefully decorated … more >>