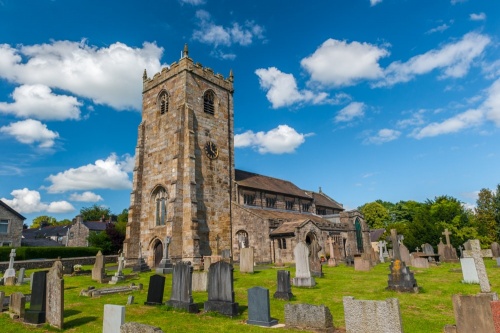 The pretty Lancashire village of Waddington lies on the north bank of the River Ribble near the historic town of Clitheroe. In the centre of the church, on the main road from Clitheroe, stands the medieval parish church, dedicated to St Helen.

The oldest part of the present church is the tower, which was completed around 1501. The nave and chancel were rebuilt in 1894, giving the building a distinctly Victorian air.

The church is built of local sandstone under a stone slate roof. The layout is fairly simple, with an aisled nave, chancel, transepts, west tower, and a south porch. The nave has a clerestory to admit more light. 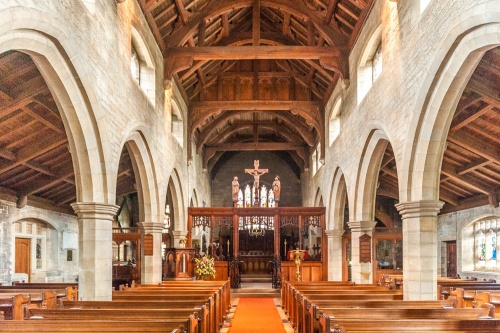 The 15th-century west tower has three stages, with an embattled parapet and decorative gargoyles. Cut into the north-west buttress are the arms of the Tempest family and a worn crucifix.

Inside, you can see the roofline of the original medieval church against the inner face of the tower wall. Over the west door are a row of nine medieval carved heads, which appear to have bee re-set here during the Victorian restoration.

The large east window is Tudor, as are the south aisle windows. 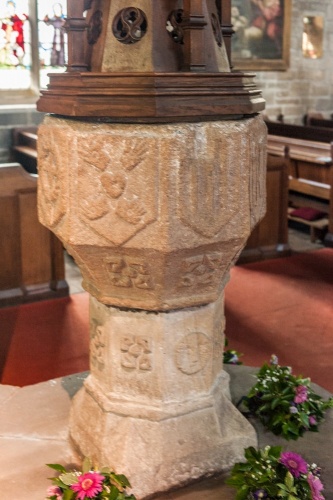 Perhaps the most interesting memorial is a 17th-century wall monument on the south wall of the chancel to Christopher Wilkinson. There are several very good memorial to the Parker family of Browsholme Hall.

Another interesting historical monument - and much easier to miss - is a small brass memorial plaque to William Calverley (d 1690) who served as the vicar of Waddington for 50 years.

The Latin inscription translates as:

William Calverley was Priest of this Church for fifty years. He was held in the highest regard as a vigilant pastor and counsellor, an untiring and eloquent preacher and outstanding model of piety and goodness, who retained all his faculties to an advanced age.

His death was a grief to his parishioners who live in hope of the Resurrection. He died in full vigour at the age of eighty-eight years, on July 12, in the year of our Redemption 1690.

May his fame last after death. 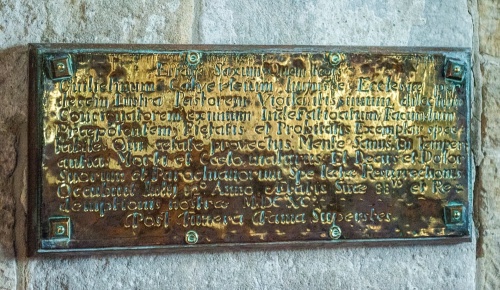 The font dates to the early 16th century and is carved from local sandstone. The font bowl is carved with shields bearing the instruments of the Passion. We also noticed what appears to be a smiling sun face on the font pedestal.

In the churchyard stands not one but two old sundial pedestals, both listed Grade II for their historical interest. To the south of the chancel is an 18h-century shaft with carved figures. It is missing the sundial portion.

Close to the south porch is an earlier 17th-century shaft and sundial, carved in 1686. The shaft inscribed with the date and several sets of initials, probably those of the churchwardens in 1686. The sundial bears the date 1707 but may be a modern copy of the original. 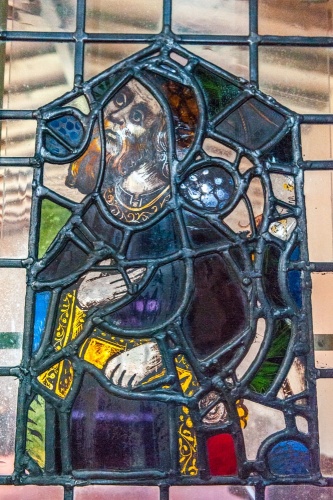 St Helen's Church stands on Edisford Road, just off Bellevue Lane and the B6478 (Clitheroe Road). The church is open to visitors most days and was open when we visited. 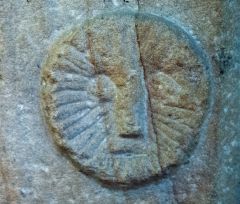 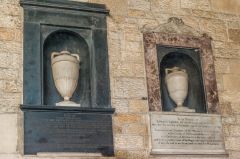 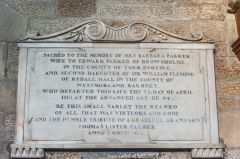 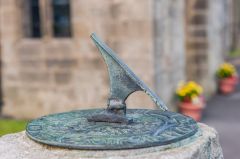 Self Catering near Waddington