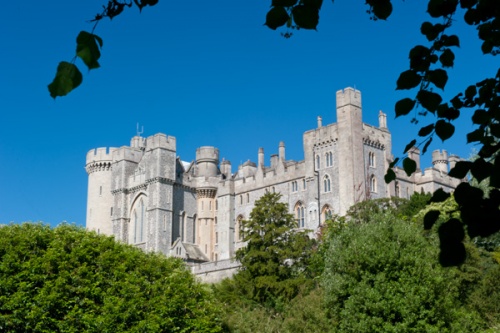 Arundel Castle has been the home of the Dukes of Norfolk for over 600 years. The castle looks like a Gothic fairy tale. Well, it is, in a sense, but much of the "fairy tale" was created in the 19th century. The heart of Arundel is pure Norman, however, including the keep with the small chamber that was Queen Maud's first home when she made her bid for the throne of England.

The story of Arundel is inextricably linked with the tale of two families, the Fitzalans and the Howards, but it was the Norman lord Roger de Montgomery who built the first castle here about 1068. Montgomery chose a rise overlooking the River Arun to erect a 100 foot high motte protected by a dry moat.

When Henry I died in 1135 the crown should have passed to his daughter Matilda (Maud). However, Maud was abroad in France and crown was seized by Stephen of Blois. Queen Maud hurried back from France, and the first place she stayed was Arundel.

It was left to William d'Albini II to build the keep atop the motte in the mid-12th century. Albini was subsequently named Earl of Arundel by Maud's son, Henry II. The estate passed down the female line from the Albinis to the Fitzalans, and then to the Howards, who still own Arundel today. 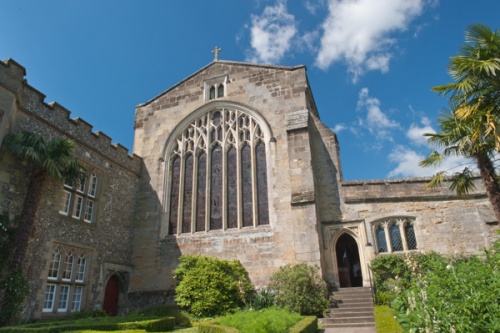 Like Windsor, Arundel Castle consists of two wards separated by a stone keep atop a high motte. The keep is 12th century, built shortly after Queen Maud stayed at Arundel. The remainder of the domestic ranges are almost entirely the result of 18th and 19th century rebuilding. Very little of the 18th century work remains save for the grand Gothic library installed by the 11th Duke of Norfolk.

The rest is the work of the 15th Duke, and dates to 1875. The Duke and his chief architect, Charles Buckler, created an idealised version of medieval Gothic fantasy; a style aimed at capturing the spirit of the medieval period rather than copying its form precisely.

The 15th Duke is also responsible for much of the remarkable collection of 16th and 17th-century furniture that fills the state rooms. Apart from the furniture, the walls are hung with a wonderful series of portraits dating back to the 16th century, including works by Gainsborough, Van Dyck, and Lely.

The chapel stands within the grounds of Arundel Castle and has been the burial place of the Dukes of Norfolk since 1390. One end of the chapel building serves as the parish church of Arundel and can be accessed from outside the castle walls. It's a bit of an odd marriage of convenience, for the chapel, like the Howards, is Catholic, while the parish church is, of course, Anglican.

The chapel buildings that we can see today are the remnants of a college of secular canons founded by the 4th Earl of Arundel in 1380 by a grant of Richard II. When the college was dissolved by Henry VIII the 12th Earl purchased the buildings from the crown. 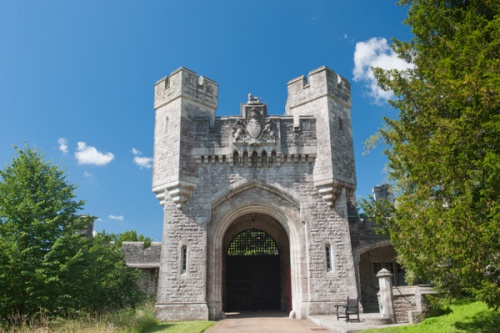 Directly before the altar is the tomb of the 5th Earl, but perhaps the most impressive of the memorials is the extraordinary Gothic memorial to the 10th, 11th, and 12th Earls, with an exquisitely carved canopy and pediment protecting brass memorial plaques.

Wow! Arundel Castle rises like a fantasy fortress above the historic town centre (though to be fair, from some angles the cathedral actually seems to dwarf the castle - no mean feat!) I foolishly thought we could zip through Arundel Castle in a couple of hours and go on to somewhere else.

Ha! Not a chance. There is so much to see that you could easily spend at least a half day exploring the castle, chapel, and gardens. The gardens alone repay relaxed enjoyment, and the chapel is simply wonderful (though I do wish they allowed photography so I could share images of the amazing Howard tombs, but that's another story).

Our family hugely enjoyed the castle itself; the older parts where full of interesting nooks and crannies that the kids enjoyed, and the state rooms in the Victorian castle were chock full of fabulous artwork. It was impossible to rush, there was so much to see. We very much enjoyed our visit. 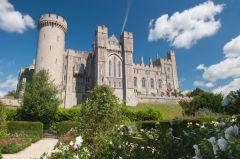 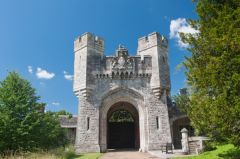 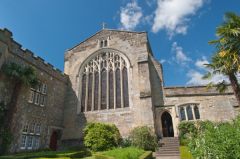 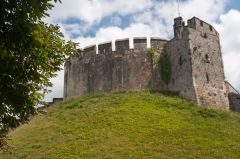 More self catering near Arundel Castle >>