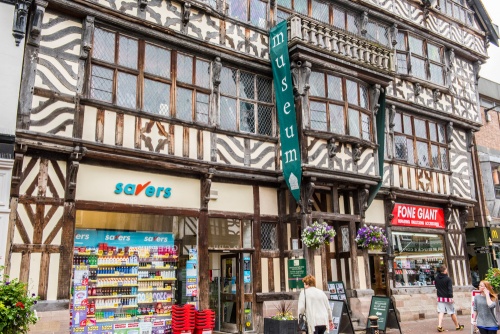 If all England's counties could be accorded just single word descriptions, the moniker for Staffordshire would surely read "pottery". Stoke-on-Trent is the destination for lovers of English fine and collectable porcelain, and major pottery firms such as Spode, Wedgwood, and Royal Doulton have visitor centres and factory outlets in the area.

The Potteries Museum traces the history of ceramics in the region, and regular buses link the major sites. The Ancient High House on Greengate Street is the largest timber-framed townhouse in England and showcases a series of period rooms dating back to the house's origins in 1595.

Near Stoke is Biddulph Gardens, a lovely Victorian garden famous for its Chinese and Egyptian themed plantings. If your tastes run to more modern attractions (or if you're travelling with children) you won't want to miss Alton Towers, Britain's most popular amusement park. The park boasts over 100 rides on a huge site once owned by the Earls of Shrewsbury.

If you aren't keen on thrill rides (or you're worn out from shrieking kids!) take the time to visit Burton-on-Trent, where the Bass Museum and Visitor Centre tells the story of Britain's biggest brewing company. Take a factory tour and sample a free beer! 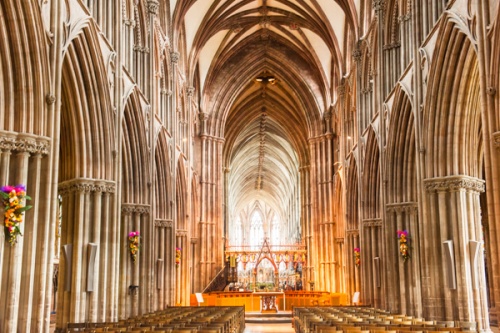 Lichfield has an appeal all its own. It may seem hard to believe today, but during the medieval period this attractive market town was a bustling centre of trade and religious activity. Lichfield Cathedral, marks the final resting place of St. Chad, the first Bishop of Lichfield. The cathedral's three towers, the "Ladies of the Vale", preside over a beautiful, though much-restored exterior. Lichfield also houses the Samuel Johnson Birthplace Museum, a tribute to the literary critic and dictionary author, who was born here in 1709.

Moving from the grandeur of a medieval cathedral to a simple parish church, explore Clifton Campville, where the 14th-century parish church is topped by a tower 189 feet high, or Ilam, where 2 Saxon crosses stand in the churchyard.

Near Stafford is Shugborough, the classical country house that has been the seat of the Earls of Lichfield since the 18th century. In the old servant's quarters at Shugborough is the County Museum, and guides in period costumes show visitors the life of a servant 100 years ago.

Staffordshire has its castles, too. Explore Tamworth, built by Ethelfleda, daughter of Alfred the Great, where Jacobean and Tudor domestic buildings crouch within Norman walls and Saxon foundations. At Tutbury the ruins of a large motte and bailey castle now stand beside a Tudor garden and herb garden.