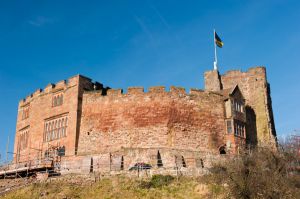 After the Norman Conquest Tamworth was granted by William the Conqueror to his steward, Robert le Despenser. It was likely Despenser who built a high motte and bailey fortification here, around 1070. After Despenser's death, the castle passed through several hands to the Marmion family, who held it until 1291.

In 1215 Robert Marmion rebelled against King John, and as a result, John seized all the Marmion estates, including Tamworth. The king gave orders for Tamworth Castle to be destroyed, and it appears that some destruction took place, but the king died shortly thereafter, and the Marmion family regained royal favour - and their lands.

From 1294-1423 Tamworth was held by the Freville family, and then by the Ferrers, who held the estate until the 17th century. It was under Ferrer ownership that Tamworth Castle was transformed from a stone fortress into a comfortable - for the period - noble house. Thomas Ferrer the First erected a noble great hall in 1437. 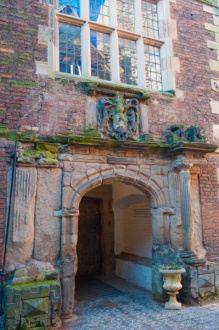 A later Ferrer, Lord Humphrey (1576-1607), remodelled the hall to create a range of comfortable Tudor buildings. King James I visited Tamworth on at least three occasions, and during the English Civil War the castle was garrisoned for the king by William Comberford.

Comberford carried out a campaign of what today might be termed guerilla warfare, and generally made himself a nuisance. Parliament was determined to quash Comberford, and laid siege to Tamworth on 23 June 1643.

It took only two days to overcome and imprison the garrison, though Comberford himself managed to escape. The royalists tried to retake Tamworth in 1644 but the Parliamentarian garrison held out.

After the Civil War Tamworth was let to a series of tenants until in the early 18th century it came into the ownership of George Townshend. It was left to his son, also named George, to repair the castle and replace many of the Tudor features with more currently fashionable Gothic architecture and add new pleasure gardens around the castle.

However, the cost of the repairs bankrupted the estate, and after George Townshend II died the castle was let once more, but in 1833 the Townshend family managed to repurchase the estate.

They let it out to a series of tenants until in 1897 it was sold to Tamworth corporation (later Tamworth Borough Council), for a cost of £3000. It opened as a museum in 1899 and has been open to the public since then.

The town of Tamworth was an important regional centre in the Saxon period, at the heart of the kingdom of Mercia. Between the 7th and 9th century Tamworth was the administrative centre for Mercia, and the royal family visited frequently and maintained a residence, or royal palace.

King Offa may have created a burh, or fortified town, surrounding the palace site, and we know that Aethelflaed, Lady of the Mercians and daughter of Alfred the Great, refortified Tamworth in 913. Aethelflaed died here in 918.

We do not know for certain where the Mercian royal palace stood, but it may have been on the site now occupied by the parish church. In 874 Tamworth was sacked by Danish Vikings, and over the next 35 years the Danes gradually took control of large chunks of Mercian territory to the east.

The royal residence fell out of use in the 10th century, when the Danes encroached from the east and Tamworth was considered too close to Danish territory for safety. Just outside the royal palace enclosure archaeologists have discovered the remains of a 9th-century water mill. This is the oldest known post-Roman mill discovered in Britain. 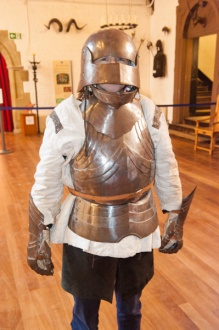 Trying on armour in
the Great Hall

Like so many old buildings, the castle has its share of ghost stories. A ghostly figure and footsteps have been heard in the 16th-century Ferrers Room, a strange blue light was seen in the Tamworth Story Exhibition Room, and the ghost of a 9th-century nun known as The Black Lady has been reported in the Lady's Chamber (also known as The Haunted Room).

I spoke to a friendly guide who said she'd been working at the castle for over 20 years, and had heard 'unexplained' noises on two occasions when there was no one else about. Ghosts? I'll leave that to you! And that brings us to ...

We visited Tamworth on a gloriously sunny Sunday in February. It was half-term, so you might have expected the castle to be unpleasantly full, but in fact, it was quite reasonable; not too crowded at all.

There were 'living history' re-enactors in three of the rooms, and they did a wonderful job of engaging our 12-year-old daughter and making aspects of medieval lifelike setting the lord's table and preparing poultices for a wound quite fascinating. We were also able to try our hands [literally] at calligraphy with a quill. I was dreadful, but my wife did a passable signature.

One of the reasons for our visit was to see a temporary exhibit on the Staffordshire Hoard, an amazing haul of Saxon gold artefacts found not too far from Tamworth. There were about 20 items on display, and though I was initially disappointed that they had not all been fully cleaned yet, you could still see the amazingly fine detail of the workmanship.

If you are coming by car just follow the brown signs for castle parking. There is a car park about 1/4 mile away, but the walk is pleasant (and there was no charge for parking on a Sunday!).

We had a wonderful time, even though there was scaffolding around much of the castle to enable restoration work. The castle is open year-round, but only weekends in winter. Family tickets are available. 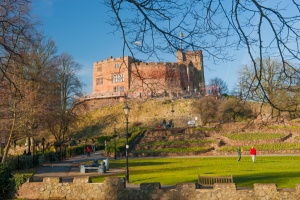 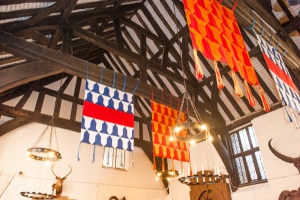 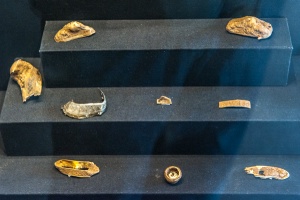 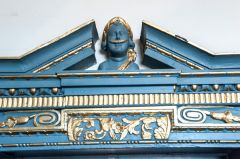 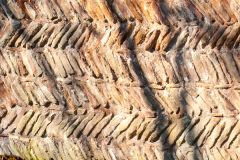 More self catering near Tamworth Castle >>