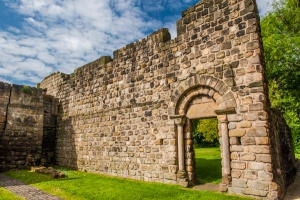 Call it Tyneside or call it Tyne & Wear, but this largely industrial area of north-east England is generally overlooked by tourists. The area is centred on the cities of Newcastle (more properly Newcastle on Tyne), and Sunderland, both urban melting pots.

Newcastle prides itself on its renewal as a vibrant centre of arts and culture, with new projects such as the Baltic Centre for Contemporary Art and the Quayside, a transformed waterfront area that now boasts attractive shops, public art, and restaurants. The city boasts numerous museums, including the Peoples Museum of Memorabilia and the Hancock Museum, home to fascinating displays on natural history, Egyptology and ethnography.

The Laing Art Gallery is the 2nd most visited attraction in the north of England, after Durham Cathedral. Besides British and European fine art, there are special displays on North East arts and crafts. Running just behind the Laing Gallery in the race for visitors is the Sunderland Museum & Art Gallery, with exhibitions on archaeology, social history, and shipbuilding in the North East. 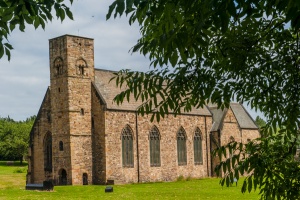 Also in Sunderland is the £16 million National Glass Centre, which allows visitors to explore the history of glassmaking in the region. The Washington Wildfowl and Wetlands Centre is an attractive 100-acre wildlife preserve set near Washington Hall, the ancestral home of George Washington, first President of the US.

North Tyneside is home to Tynemouth Priory and Castle. The priory was built by the Benedictines in 1090 on the foundations of an earlier Saxon monastery. Also on the site is a WWI gun battery with underground chambers.

At Jarrow is St. Paul's Monastery, the home of the Venerable Bede in the 7th and 8th century. Part of the Anglo-Saxon monastic buildings survive as the chancel of the parish church. Jarrow Hall (formerly Bede's World) is a popular attraction bringing to life the times of the scholar-monk and his contemporaries.

Lower Slaughter and the River Eye