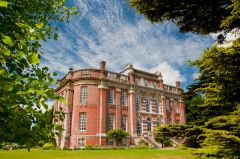 I love Dorset; its home to some fantastic historic and scenic sites, including Athelhampton House, Kingston Lacy, and Corfe Castle, to name only a few popular places to visit. But there are hidden gems beyond the big-name attractions. Here are 5 of the best 'Secret Places' in Dorset. Remember, these are only places I've personally been to, so there are undoubtedly many more places out there for you to discover!

Around 8 miles from Spalding The Mansion House Hotel is centrally located on Holbeach High Street within 30 minutes? drive of Boston and Kings Lynn. This Lincolnshire hotel has a restaurant and bar and offers …