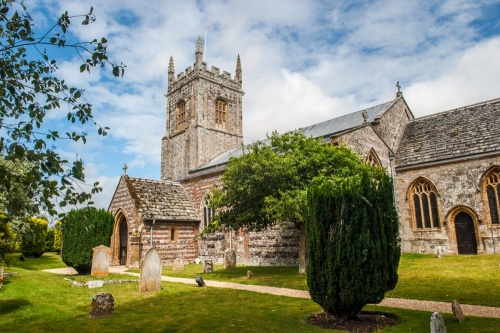 St John the Baptist, Bere Regis, is one of the finest country churches in Dorset and is full of historic interest. It seems likely that there was a church here in Saxon times, but the present building was begun around 1050 AD. Over the subsequent centuries that Saxon church was rebuilt and remodelled into a very pleasing mix of styles.

The main item of historical interest at Bere Regis is the superb mock-hammerbeam oak roof over the nave. This dates to the 15th century and is thought to be the gift of Cardinal Morton, Chancellor to Henry VIII and a native of nearby Milborne St Thomas.

The roof is easily the most elaborate in this area of England and is decorated with painted and gilded bosses, carved heads, and heraldic devices on the wall plates. The most striking feature, however, is a series of a dozen life-sized figures of the Apostles projecting out over the nave. These are arranged in alphabetical order from Andrew to Thomas.

A very large central boss of a human face is thought to represent the donor, Cardinal Morton. Other bosses show Morton's coat of arms, a Tudor rose, and a golden cord, possibly a symbol of the marriage Morton arranged between Henry VII and Elizabeth of York in 1486, effectively bringing the Wars of the Roses to a close. 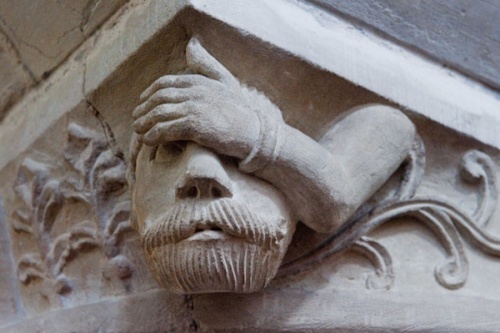 Though the roof is superb (and there is a large mirror so you can view it without craning your neck excessively) there are many other features of interest. The font is an intriguing Norman work, in a chalice shape, decorated with interlaced arcading.

The south nave capitals are wonderfully carved with grotesque figures at the angles. Among the figures, you will find a monkey, a scene of bear-baiting, a king's head, and humorous figures who appear to be suffering from headache and toothache.

There are much-worn tombs of the Turberville family, the model for Hardy's novel Tess of the D'Urbervilles. There is a funerary brass to Robert Turberville dated 1559, and a canopied table tomb to the Skerne family, complete with brasses. Over the south door is an interesting feature; a pair of thatch hooks used to drag thatch from buildings when they caught fire.

St John the Baptist at Bere Regis is a delightfully rewarding church to visit, full of historic interest. 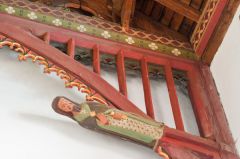 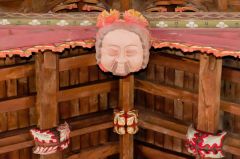 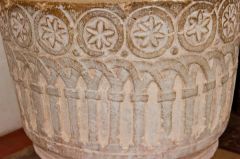 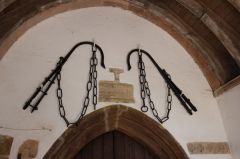 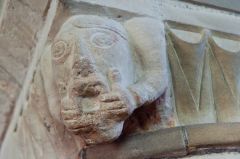 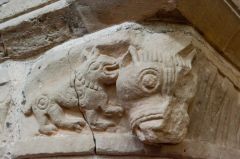 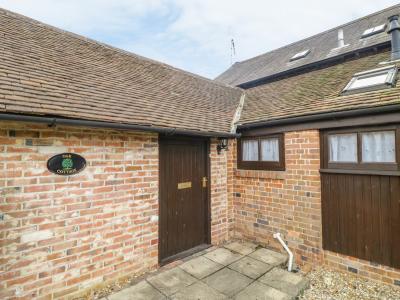 This cottage is located near the village of Bere Regis, close to Dorchester, and can sleep six people in three bedrooms.
Sleeps 6 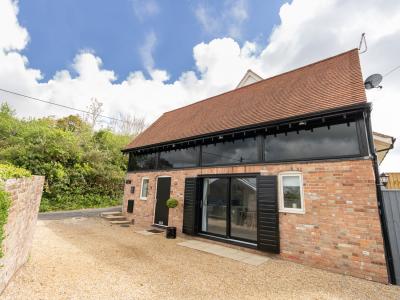 This well-presented barn conversion rests in the Dorset village of Bere Regis, and can sleep four people in two bedrooms.
Sleeps 4