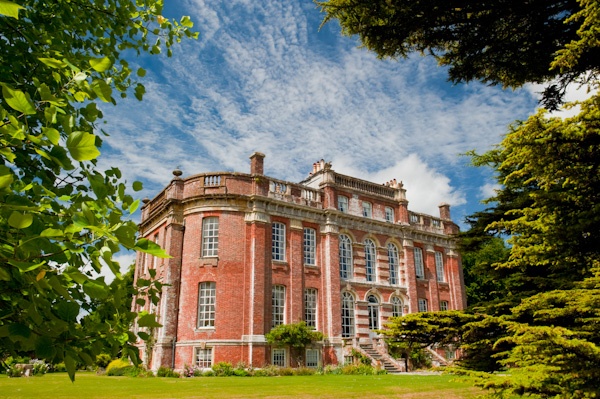 Chettle House is a lovely red-brick manor house in Queen Anne style, designed by architect Thomas Archer for George Chafin in 1710. Archer created an elegant masterpiece of English Baroque to replace an earlier Elizabethan house. The highlight of Archer's design is the sweeping double staircase in the Oak Entrance Hall, where the separate arms describe an elegant arc and meet at the first-floor balcony.

The History of Chettle

The name Chettle comes from the Saxon for a deep valley, which describes the area very well.

Sometime around 1106, a nunnery was established here under the patronage of Henry I. After the Dissolution of the Monasteries the estate passed to the crown until Elizabeth I sold it to the Chafin family, in whose hands it remained until 1818.

When the Chafins moved in, they settled in an existing Elizabethan manor. By 1710 they had decided that the old house was unsuitable, and Thomas Archer was brought in to create a new manor house. When Archer embarked on the project he must have had no idea that it would not be completed for another 25 years! All the materials for the new house were sourced locally, bricks were made from local clay, timbers from wood felled and seasoned over the course of years.

Archer's design resulted in a two-storey house with basement and attics, topped by a central cupola. The cupola was removed in the 1840s, but the remainder of the house we see today is much as Archer left it. The walls are red brick dressed with ashlar, with roofs of slate and lead. Among the most distinctive features is the lack of corners; as was his normal practice, Archer rounded corners wherever possible.

The most striking interior feature is the glorious Central Staircase, made of two wings that part and circle back to meet at the first-floor level. Of the other rooms on view, perhaps the most interesting is the Drawing Room, a spacious, light chamber.

After the death of the last Chafin without an heir, the house was purchased by the Castleman family of Wimborne. The Castleman's made some changes to the house layout, most notably by lowering the north and south wings. The house is now owned by the Bourke family, and it is very much a family home, with a relaxed, friendly atmosphere that can sometimes be lacking in a grand stately home.

In the gardens stand the lovely 16th-century parish church of St Mary, which is an attractive Decorated Gothic building with several Chafin family tombs. The gardens themselves extend to 5 acres and contain a sunken lawn, herbaceous borders, and croquet lawn. There are varied, colourful plantings, including 'Chettle Charm' campanula, which, as its name suggests, originated here at Chettle House.

Chettle House is a lovely 18th-century manor surrounded by attractive gardens, set in a beautiful wooded area of south-east Dorset. I can highly recommend a visit.

NOTE
We have learned that since our visit the house has been sold and is no longer open to the public. Please DO NOT attempt to visit! 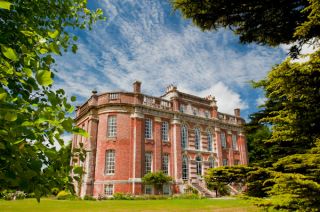 More self catering near Chettle House >> 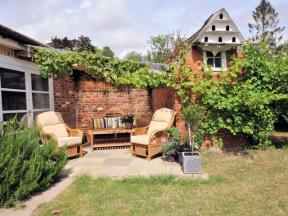 A narrow country lane leads to this idyllic cottage giving guests a taste of the quiet countryside surroundings that this property enjoys. As would be expected for a rural property …
Sleeps 4 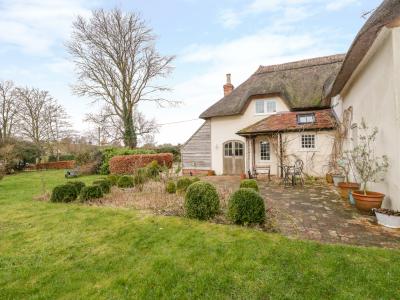 This lovely detached cottage is located in Tarrant Monkton, Dorset and can sleep twelve people in five bedrooms.
Sleeps 10