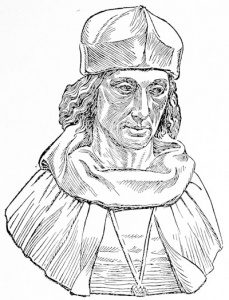 Absolute monarchy
Henry VII began the move towards royal absolutism. This was a belief in the divine right of kings to rule as they saw fit, without having to answer to nobles, church, or Parliament.

Whatever else he was, Henry was an able and active administrator. He was frugal to the point of parsimony. When he came to the throne, the crown was heavily in debt, but when he died he left his son Henry a bulging treasury. What his son did with that money is another story.

Court of Star Chamber
Henry's reign saw the beginning of the Court of Star Chamber, so-called because the room where they met was decorated with paintings of stars. This court was closed and answerable to no one but the king. It eventually became synonymous with secretive and autocratic administration.

Rebellions
Henry had to deal with two rebellions during his reign, both by probable imposters claiming to be legitimate heirs to the throne. First, there was Lambert Simnel, who was eventually captured and made to work as a scullery in Henry's kitchens. He was followed by Perkin Warbeck, who gathered foreign support for an invasion. Warbeck was defeated and eventually hanged with some of his supporters.

Related:
Back: Wars of the Roses
Next: Henry VIII