Battle of the Nile

One of the most important battles of the Napoleonic Wars. Also known as the Battle of Aboukir Bay, the Battle of the Nile was a naval engagement between the English under Admiral Nelson and the French fleet. The French under Napoleon had enjoyed considerable success on land, gaining control of large sections of Egypt, but the Battle of the Nile swung the tide of the conflict in England's favour.

On 1 August, 1798, 13 French ships rode at anchor in Aboukir Bay. Admiral Nelson sent his own ships in to attack in the fading dusk light, completely surprising the French. The English ships sunk 11 of the 13 French ships of the line, and the French suffered massive casualties. An estimated 6200 French were killed or wounded in the battle, which effectively cancelled out land victories in Egypt won by the French under Napoleon. Nelson became one of England's most popular military leaders, though his career was only to last another seven years until his famous death at the Battle of Trafalgar. 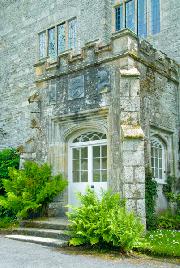 Gladstone was a leading force for free trade, countered by Disreali's voice on behalf of protectionism