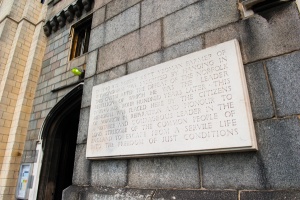 Robert Kett was a yeoman farmer, a native of Wymondham, Norfolk. We know little of his early life, but we certainly know about the end of it. In 1549 Kett led a rebellion against the practice of enclosure of common land, but the story is more complex than that.

In order to understand the rebellion and the light in which authorities saw it, you have to look at two events that created enormous social turmoil in early 16th century England; the enclosure movement and the dawn of the Reformation.

Land Enclosure
One of the traditional rights enjoyed by Kett and his social equals was the right to graze animals on common land. However, in the Tudor period local landowners (the nobility and rising merchant classes) began to enclose common land and use it to graze their own sheep, in the process removing that formerly accessible land from farming by villagers and small farmers.

This enclosure allowed landowners to create great wealth by selling wool. English wool was the life-blood of the economy in many areas of the country throughout the late medieval and Tudor periods. By enclosing common land and using it to raise sheep, landowners became rich, but at the same time, peasants and yeoman farmers like Kett, who used common land for subsistence farming and raising animals, now found it hard to survive, let alone thrive.

Religion
When Henry VIII initiated the Anglican split from Rome, there was a great deal of support for his actions against the established Catholic church. Depriving wealthy monasteries of their riches went down well with the general population. But there was still a great deal of opposition to the new Anglican church, and that opposition became even louder when Parliament, prompted by Archbishop Thomas Cranmer, imposed a new Book of Common Prayer in 1549. People who had supported Henry's Dissolution of the Monasteries found themselves faced with supporting the crown, or following their own religious beliefs.

Rebellion
Out of these twin streams of unrest came the violent events of 1549 that culminated in Kett's Rebellion. 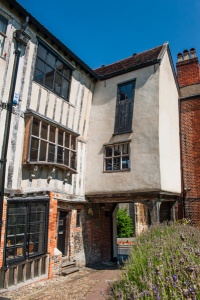 The first signs of unrest came in Devon and Cornwall, where in June there were spontaneous outbreaks of rioting, prompted primarily by outrage over enclosures, but complicated by religious overtones. Catholic clergy, though very few Catholic nobles, joined the rebels' cause, which became as much about the new prayer book as about agrarian reform.

Counter-Reformation attitudes were more widespread in Cornwall, where most of the population still spoke Cornish. Though the traditional Latin services were unintelligible to most Cornishmen, they were at least familiar. But now the Latin services were replaced with English, which was neither familiar nor understandable.

In a sense, the alliance of religion and land reform protest was unfortunate, because when religion was linked to very real social concerns over land enclosure, the authorities lumped both together and saw all the unrest as a Catholic rising. And by the reasoning of the time, a rebellion over religion was a rebellion directly against the crown; it was treason and had to be treated as such.

The Cornish rebellion was put down by a hastily assembled royal army. but it was not long before trouble on a wider scale erupted in East Anglia. 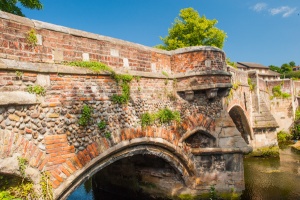 Who was Robert Kett?
We do know that Kett (or Ket as it sometimes spelled) was what we would today call upper middle-class. He made a great deal of money in business and owned a sizeable amount of land. He possessed several manors, and had even engaged in a couple of land deals with the Earl of Warwick, which would prove rather ironic as events turned out.

Like many of his fellow landowners, Kett decided to put up fences, to enclose local common land to his own benefit. What he did not realise is how his actions would affect the livelihood of poor farmers and peasants who depended upon using common land to farm and to graze their animals. In the summer of 1549, the local peasants rebelled and began to tear down the fences.

When they came to Kett's land, instead of reacting with violence himself, Kett listened to their tale of hardship. The more he listened, the more convinced he became of the truth of their grievances. Kett himself helped tear down the fences he had erected, and he became the leader of the rebel cause.

Under Kett, the rebels marched from Wymondham to Norwich, and as they marched, their numbers swelled. By the time they reached Norwich they numbered several thousand. The city government, faced with thousands of rebellious peasants, not surprisingly refused to let them enter, so Kett set up a camp on Mousehold Heath.

From there he tried to negotiate with Norwich's leaders. After a certain amount of talk, an order arrived from the king (in fact, from the king's council, for Edward VI was still a minor), and the city firmly told Kett that his band would not be allowed to enter the city. 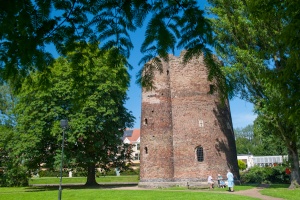 Kett then attempted to cross Bishop Bridge, but the bridge was held by a small garrison. The rebels fired at the bridge and the nearby Cow Tower. They did some damage to the top of the tower, and must have softened up the defenders on the bridge, for when they attacked the bridge a second time they drove the defenders back and were able to cross the River Wensum and gain the city.

Once inside the city there was certainly some violence. The rebels seized the Mayor, Thomas Codd, and killed several officials. But Kett was not interested in mob violence or plundering Norwich; he was interested in righting a social wrong, with creating a more just society.

Kett's Justice
Under Kett, the rebels set up a new form of local government and a court to hear cases brought by commoners. Many of the court cases were held in the open air, under a 'tree of reformation'. Predictably perhaps, many of the accused brought before the rebel court were local gentry, accused of wrongs against the working classes. Most were found guilty and imprisoned.

News of Kett's rebellion spread throughout East Anglia, and sympathetic revolts broke out across the entire region.

The government sent an army to deal with the rebels, under the leadership of the Marquis of Northampton. The royal army, perhaps surprisingly, was soundly beaten by the rebels under Kett's command. Kett held Norwich and a large swath of the countryside surrounding the city. The government had to act before the rebellion took an even greater hold. They sent a new, much larger army, under the Earl of Warwick.

Warwick's army defeated the rebels after a bloody fight, and forced them out of the city, back to Mousehold Heath. But Warwick lacked the manpower to take on the rebel force in an open battle. He found himself trapped inside Norwich, a prisoner inside the city walls.

Reminders of these bloody days are everywhere in Norwich. The Earl had his cavalry stable their horses in The Halls, formerly a Dominican friary. He himself made his headquarters in the house of Augustine Steward, a wealthy merchant. A game of cat and mouse ensued. Each night the rebels would sneak into the city, seize food and supplies, and waylay government soldiers.

Soon, however, reinforcements arrived, and Warwick had enough manpower to counter-attack, and to defend the city from rebel incursions. Now the rebels were deprived of their supplies, and the tide turned. Kett knew he could not maintain the fight without access to the food stored in Norwich. He decided to gamble everything on one big battle.

On 27 August 1549 Kett's rebels met Warwick's government army at Dussindale, a small valley outside the city. The rebels outnumbered Warwick's army, but they had no cavalry, and that was what sealed their fate. The royal forces were utterly triumphant, killing thousands of rebels and taking thousands more captive. 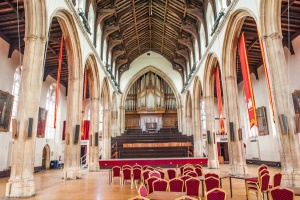 The Halls, used as a stable
by Warwick's cavalry

Robert Kett was captured a few miles from the battle site. He was taken to the Tower of London, held for a time, then tried for treason The outcome of the trial was a foregone conclusion. He was found guilty and transported back to Norwich to be executed. He was hanged in chains from the walls of Norwich Castle, and allowed to die of starvation. His corpse was left hanging long after his death, to act as a warning to the people of Norwich of the fate that awaited traitors.

His brother William was taken to Wymondham and hanged from the west tower of the church.

Consequences
The 1549 risings occurred during Edward VI's minority, when the government was in the hands of Lord Protector Somerset. The Lord Protector was actually sympathetic towards the anti-enclosure movement, and would have been inclined to deal sympathetically with their demands. But his attitudes were not held by the rest of his council.

When the Earl of Warwick crushed the Anglian revolt, Somerset found himself squeezed out of office. He was held briefly in the Tower of London, and deprived of a portion of his estates, but allowed to live - for the moment.

It bothered the authorities that 'one of their own' had led the rebellion. Over the years official accounts tried to cast Kett as a peasant, a tanner, a member of the working classes. He was not. He was a member of the minor gentry, a man of high principle, who came to believe that justice should apply equally to all, regardless of social standing or wealth.

Over the years Robert Kett became a symbol of the struggle for basic human rights. In 1949, on the 400th anniversary of his rebellion, the city of Norwich put up a plaque on the wall of Norwich Castle, near the main entrance. The plaque reads:

In 1549 AD Robert Kett, yeoman farmer of Wymondham, was executed by hanging in this castle after the defeat of the Norfolk rebellion of which he was the leader. In 1949 AD, four hundred years later, this memorial was placed here by the citizens of Norwich in reparation and honour to a notable and courageous leader in the long struggle of the common people of England to escape from a servile life into the freedom of just conditions.