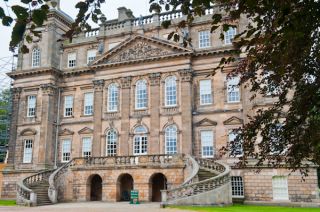 Duff House
Duff House, on the outskirts of Banff, has been many things during its long and turbulent life; a stately home, an internment camp, a barracks, a hotel, a sanitorium, and an art gallery. It has been argued over, built and rebuilt, and bombed. It was the subject of a long and bitter lawsuit that left one party to the suit broken in health and spirit, and one Countess of Fife even attempted to murder her husband here.

The story of Duff House goes back to an 18th-century businessman and statesman by the name of William Duff. Though Duff came from an ancient family, it was really his business acumen and successful career as a politician that led to his social rise and eventually to his ennoblement as the first Earl of Fife.

In 1735 Duff asked one of the most eminent Scottish architects of the day, William Adam, to create a grand new house in the baroque style that was then the height of fashion.

Adam, the father of the architects John and Robert, designed a neoclassical house with sweeping semi-circular wings, set in a picturesque landscape garden and parkland. Duff agreed to the design, and work began on the central block of the mansion.

Unfortunately, the agreement between client and craftsman was not put down on paper, and that proved a disastrous mistake. Adam considered that his patron had given him free reign, a blank cheque to create an elegant mansion. He decided that in order to produce stonework of the highest order, the work should be done craftsmen that he knew and trusted at his base in southern Scotland. 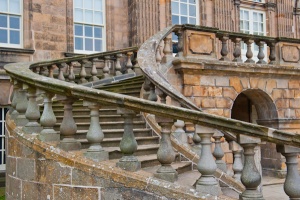 Duff, however, perhaps realising that the costs of his mansion were higher than he anticipated, baulked at the idea, and wanted work done by local craftsmen.

The battle escalated when Duff refused to pay the bill presented to him by Adam for work already completed. And this is where the lack of a signed contract comes into play; Adam brought a lawsuit claiming that Duff owed him money. Duff used his considerable knowledge of the law to drag out the legal process for fully 5 years, a process that left Adam broken in health and spirit.

When the courts finally found in the architect's favour, it was too late, and Adam died shortly after his victory.

As for the house, it was little more than a fashionable shell. And even then, the fashion for baroque was waning, and the overblown opulence of the style was considered outmoded, as a more restrained neoclassical style came into vogue (a style later championed by no less than William Adam's remarkable son, Robert Adam, but that's another tale).

Duff House was left to be finished by William Duff's descendants, particularly the 4th Earl, who was a famous patron of the arts. The Earl filled Duff House with paintings and fine furniture and entertained on a lavish scale. He could not maintain such a lavish lifestyle, however, and the family was forced to sell off much of the art collection he had amassed. 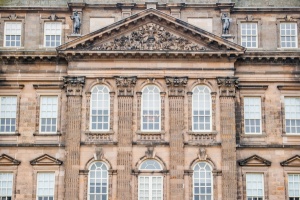 The 5th Earl and Countess restored the family fortunes somewhat, aided by the advantageous marriage of their son to Louise, daughter of Queen Victoria. However, the royal couple chose to live at Mar Lodge, another family home, and in 1906 Duff House was given to the people of Banff and Macduff. The house became a hotel and then a sanatorium (a rather grand health spa). In WWII it served as a prison for German soldiers, but that did not stop the German air force from bombing the house!

Finally, in the 1980's a coalition of local and national arts bodies launched a campaign to save Duff House from an inglorious end. The house was painstakingly refurbished and restored to its original state. Following extensive restoration in 1995 Duff House reopened in its current guise as a fine art gallery and museum.

Though the original Duff family art collection was long since dispersed, a similar collection was created through a combination of works from the national collection and private donations, together with specifically purchased items.

The result is that Duff House once more acts as a superb period setting for a marvellous collection of artwork, including Scottish portraits, sculpture, and fine furniture. There are several Rennaissance Old Masters as well, including works by El Greco and the School of Raphael.

Wandering through Duff House it is fascinating to see how it has been restored to its original state, with glorious period rooms acting as a showcase for a superb collection of art, just as earlier generations of the Duff family and their visitors would have experienced it. Is it an art gallery? Well, yes. Is it a stately home? Decidedly yes. It is both at once, though that can really be said of many stately homes! 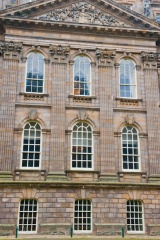 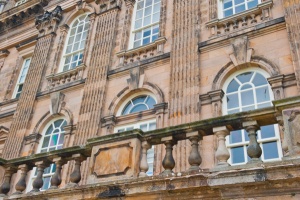 More self catering near Duff House >> 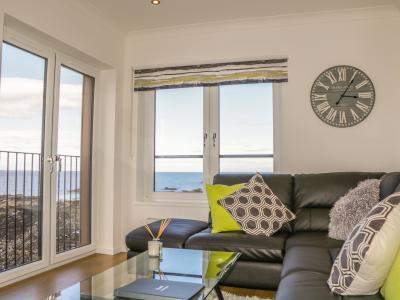 This apartment is located in the town of Banff near Fraserburgh and can sleep four people in two bedrooms.
Sleeps 4 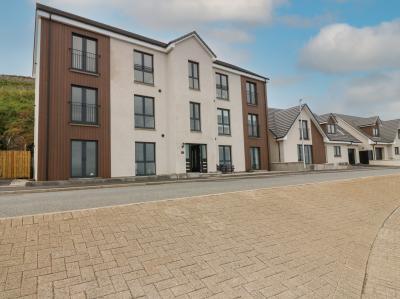 This first-floor apartment rests in Banff, Aberdeenshire and can sleep five people in two bedrooms.
Sleeps 5