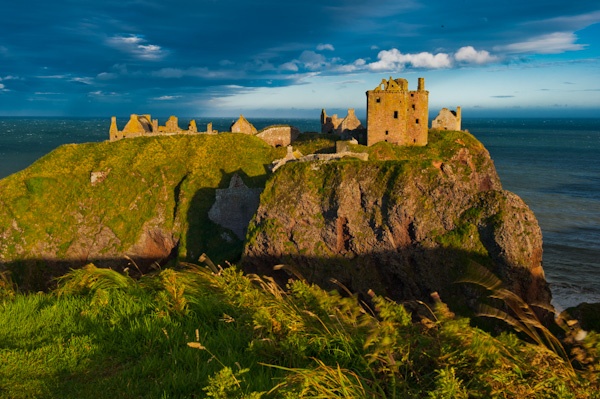 The Grampian region takes in the old Scottish counties of Aberdeenshire and Moray. If two words could sum up this wonderful scenic and historic region the words would be 'whisky' and 'castles'. Grampian is whisky country, and distilleries, some of them dating back hundreds of years, are scattered around the region, particularly in the Spey valley. Most distilleries offer tasting tours, and you can easily design a Whisky Trail itinerary taking in some of the most famous distilleries.

Aberdeenshire, in particular, is blessed with a large number of historic castles. Perhaps the most famous is Dunnottar Castle, perched on a dramatic plug of rock near Stonehaven. Dunnottar is closely linked with the Honours of Scotland, the Scottish equivalent of England's crown jewels, which were smuggled out of the besieged castle in 1652 under the nose of English soldiers. 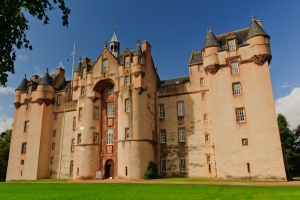 Near Turriff is Fyvie Castle, a picturesque 14th-century castle which began as a royal hunting lodge in the early 13th century. Fyvie was briefly captured by Edward I of England in 1296 but recaptured by Robert Bruce. It was transformed into an opulent stately home by the Leith family in the late 19th century.

At Dufftown is Balvenie Castle, built by the 'Black' Comyns, Earls of Buchan, in the late 13th century. Robert Bruce seized Balvenie from the Comyns and it eventually came into the hands of the 'Black' Douglas clan and was later owned by the Stewarts, who built the Atholl Lodging, a round tower beside the castle entrance. Mary, Queen of Scots stayed in the Atholl Lodging in 1562 during her campaign against the Earl of Huntly.

Aberdeen is known as The Granite City, for most of its buildings are constructed with the local grey stone. Aberdeen grew up between the rivers Don and Dee, and is home to one of the oldest universities in Europe. Provost Skene's House is a 16th-century townhouse known for its painted ceiling, but even older is King's College Chapel, built in 1495 and known for its striking crown spire. 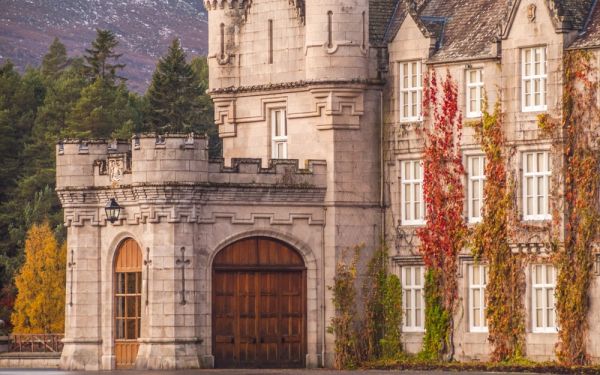 There is much more to Grampian than whisky and castles; this is one of the best areas of Scotland to find prehistoric sites. At Garlogie is Cullerlie Stone Circle, with a Bronze Age stone circle enclosing 8 burial cairns. At Dunideer the crumbling ruins of a 13th-century castle stand within the walls of a vitrified hillfort dating to 1300 BC. Aberdeenshire is known for its recumbent stone circles. Perhaps the best is Easter Aquhorthies near Inverurie, where a huge recumbent stone marks the entrance to a stone circle erected around 3000 BC.

One of the most fascinating historic sites in Grampian is the Peel Ring of Lumphanan, an earthwork motte dating to the 12th century. Lumphanan is closely linked to the story of Macbeth, who ruled from 1040-1057. Though the story of Macbeth was later sensationalised by William Shakespeare, the real historic figure was possibly killed here at Lumphanan, or perhaps fatally wounded here only to die at Scone in Perthshire.

Aberdeenshire has been strongly linked to the royal family since Prince Albert bought Balmoral Castle for Queen Victoria. The castle is open to visitors when the royal family is not in residence.

The royal family often attend the Highland Gathering at Braemar, an annual celebration of Highland culture, including traditional sports and music.

This is just a taste of what Grampian has to offer. I've visited several times and can't wait to return!

Accommodation in Grampian:
Hotels | Bed and Breakfast | Self Catering 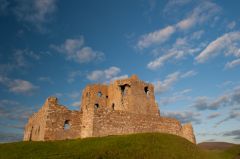 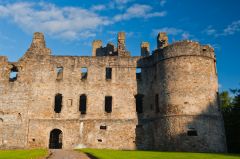 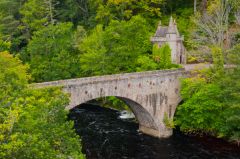 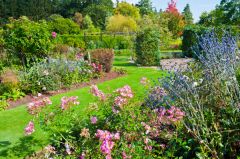 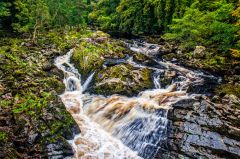 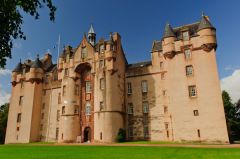 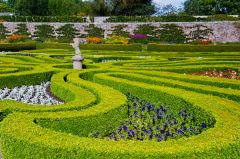 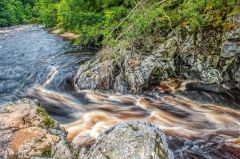