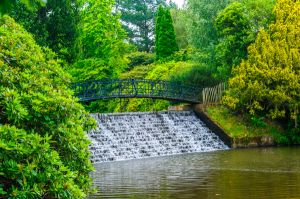 A 100 acre landscape garden designed in the 18th century by the ubiquitous Capability Brown, with a series of 5 lakes linked by cascades and waterfalls. Rare trees are a wonderful sight in autumn, but Sheffield Park is best in spring for daffodils and bluebells followed by azaleas and rhododendrons.
The informal landscape garden was laid out by Lancelot 'Capability' Brown, and further developed by Humphry Repton in 1789. An arboretum was established in the late 19th century, using both native British trees and exotic foreign species.

The planting was continued in the early 20th century by the owner of the estate, Arthur Soames, who bought Sheffield Park in 1910. The stately mansion where Soames lived looks out over the lakes, and provides a backdrop for the wonderful reflections of colourful trees and shrubs that line the lakes. The house is not open to the public.

Beyond the informal lakes and gardens are 250 acres of parkland, with waymarked trails through open fields and woodlands. 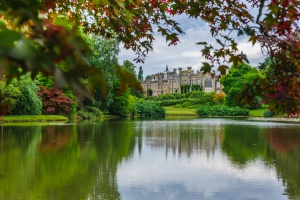 Sheffield Park House
The centrepiece of Sheffield Park, however, are the lakes, linked by picturesque bridges and cascades. The lakes are man-made, dug by hand and lined with clay. Linking Ten Foot Pond and Middle Lake is Pulham Falls, built for the 3rd Earl of Sheffield between 1882-1885. Water flow over the Falls is carefully controlled to prevent erosion, and is 'turned on' for just one hour two days per week. When the water is flowing the cascades are a picturesque pleasure!

At the bottom of the estate runs the River Ouse, past a flood meadow where wildflowers burst into colour during the spring and summer. The wildflowers attract hordes of damsel flies, butterflies, and dragonflies.

WG Grace at Sheffield Park
Cricket historians need no introduction to Sheffield Park. The first recorded match here took place in 1845, on a specially built ground a short distance from the lakes. The 3rd Earl of Sheffield was a passionate cricketer, and sponsored Lord Sheffield's XI. One frequent member of the team was cricket legend WG Grace, who was a good friend of the Earl and played for his side on several occasions.

The most famous match in which Grace participated was in 1893, when the burly batsman hit a ball so far over the boundary rope that it hit a tree in the nearby woods. You can still se WG Grace's tree, marked by an iron ring around the trunk. Sheffield Park also hosted notable matches against the Australian team. For a match in 1896 over 25,000 spectators watched the match, and among the spectators was the Prince of wales, later Edward VII. Matches regularly take place at the cricket pitch, which is signposted from the lakeside trails. 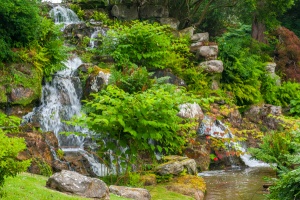 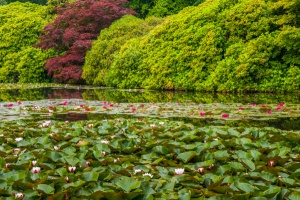 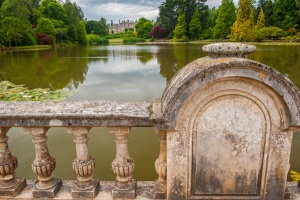 A neo-classical bridge across the lakes 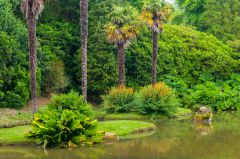 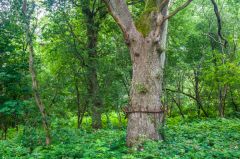 More self catering near Sheffield Park >>