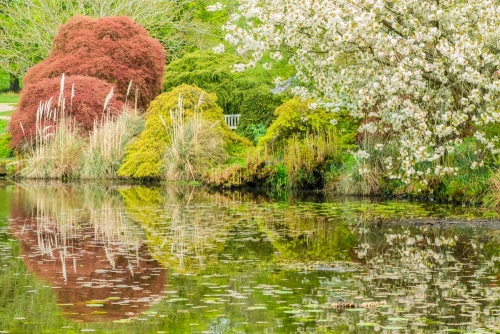 "Kew in the Country", this garden is managed by the Royal Botanic Gardens at Kew. Highlights include rare trees and flowering shrubs. A nature trail winds along a watercourse of ponds and lakes.

Though Wakehurst is run by Kew Gardens, it is actually in the care of the National Trust. The gardens are part of a huge 465 acre estate including ornamental gardens, woodlands, and a nature reserve, surrounding an historic Elizabethan mansion.

Wakehurst hosts several important national collections of plants, including birch, skimmia, southern beech, and hypericum. But there is so much more to see, including a souther hemisphere garden, Rock Walk, pinetum, a bog garden, water garden, and a deep ravine where Asian plants grow in abundance. But this is just a list of garden areas; it doesn't really convey the essence of Wakehurst.

As we wandered through the garden I kept finding myself meandering down unexpected paths, or catching a glimpse of colour out of the corner of my eye and detouring a new direction. Wakehurst is so big, and takes in so many different garden areas, that you could almost get lost if it weren't for convenient sign posts at every crossing of the paths. 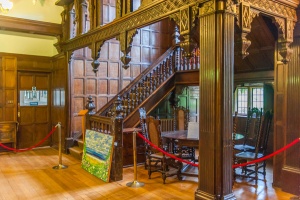 Loder was a passionate gardener and collector, and sponsored several expeditions abroad to find new and exotic plants. He was especially interested in plants from the southern Hemisphere, and created an outstanding collection of plants from Australia, New Zealand, and South America.

The subsequent owner, Sir Henry Price, extended the gardens, and gave Wakehurst to the National Trust on his death in 1963. It later became the country outpost of the Royal Botanic Gardens. Wakehurst hosts a globally important seed bank, with over 10% of all plant species world wide already collected.

Though the mansion house was begun in the 1600s, remains of a much earlier 14th century house have been discovered during archaeological investigation on the estate. Horticulturalists believe there was a landscaped garden here as early as 1391. This theory is backed up by tree ring dating of a large yew tree, which proved to date to shortly after the Peasant's Revolt, in the reign of Richard II.

Much of the current house is 17th century. The house is little more than an activity centre for the gardens at present, though there are plans to conserve and open more of the house to visitors. One highlight I enjoyed is the astounding central staircase hall, a truly wonderful example of Jacobean woodwork. There are also excellent plasterwork ceilings and fireplaces in several of the ground floor rooms open to visitors. 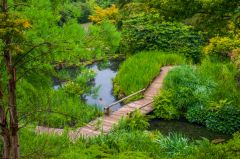 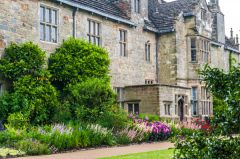 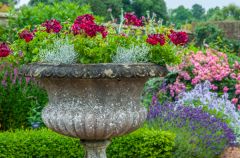 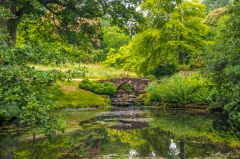 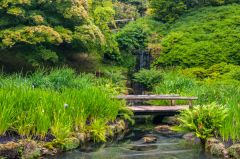 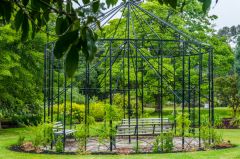 More self catering near Wakehurst Place >>