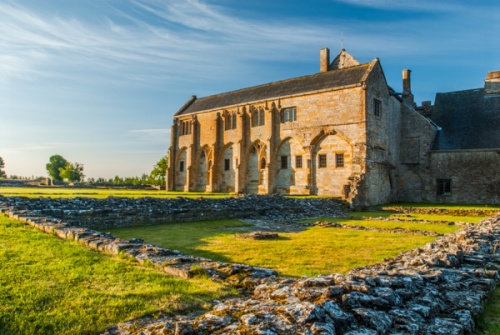 Muchelney Abbey ruins
The first monastery at Muchelney was probably founded in the late 7th century by King Ine of Wessex. A foundation charter proving the early establishment of the monastery was discovered to have been a forgery written much later, but the royal connection with King Ine is still very much a legitimate possibility.

We are on much safer historical ground when it comes to the re-founding on the monastery by the Benedictine order in the early 10th century after the earlier abbey was damaged by a Viking attack. Remnants of the 10th-century foundations have been found.

By AD 995 Muchelney was being called the 'little monastery', presumably in comparison to the much larger and more important abbey at nearby Glastonbury.

What was it like for the monks who lived here? Perhaps a little lesson in linguistics will help convey the environment of Muchelney. The 'ey' suffix of Muchelney comes from the Saxon for an island. For that is what Muchelney was; an island is a marsh. Perhaps the medieval landscape of Muchelney is best summed up by the 12th-century historian William of Malmesbury who said, 'in summer it may be reached by foot or, more often, by horse, but in winter never'.

The Saxon abbey was rebuilt after the Norman Conquest, and a large new church built. In typical Benedictine style, the church was linked to a cloister, with a chapter house, refectory, and monk's dormitory ranged around the sides of the cloister green.

At its height in the 14th century, the Abbey supported about 50 monks, but the numbers dropped abruptly following the Black Death of 1348, and by the Dissolution of the Monasteries only 10 monks were in residence. 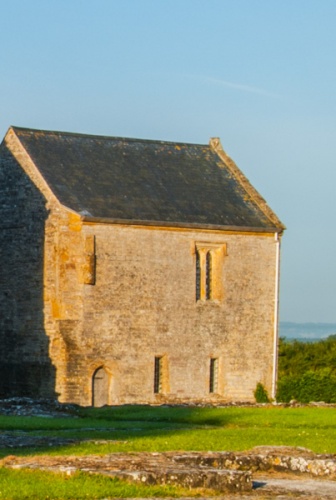 The cloister ranges were torn down when Muchelney was dissolved by Henry VIII in 1538. Only the foundations remain, exposed in a Victorian excavation. To the south of the cloister is the Abbot's Lodging, rebuilt and expanded in the 15th century to create a luxurious residence.

The refectory was turned into the Abbot's great hall, with a large kitchen, and a wide stair leading to a Great Chamber on the first floor. The Chamber features a finely carved fireplace and traceried windows. These windows retain small panes of early 16th-century glass bearing the arms of Abbot Thomas Broke (1505-22). Abbot Broke rebuilt the south cloister walk, with lovely Perpendicular fan vaulting.

After the Dissolution, the abbey was sold to Edward Seymour, Earl of Hertford, later to become the Lord Protector Somerset. Under Seymour's ownership, the Abbot's house was converted into a farmhouse and rented to a succession of tenants. It remained a farmhouse until 1927 when it was placed in crown guardianship. Some of the farm buildings still stand a short distance from the abbey remains. 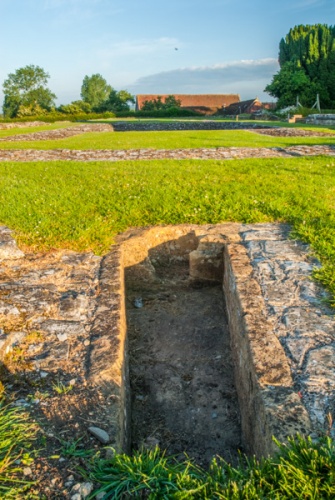 Building foundations off the cloisters 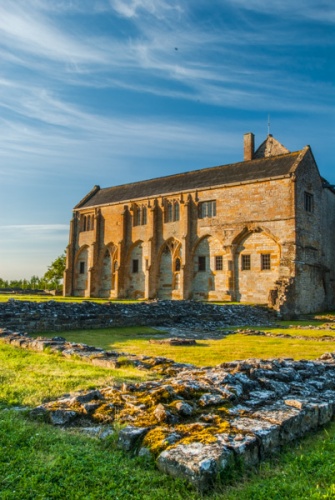 The abbey foundations at sunrise

More self catering near Muchelney Abbey >>