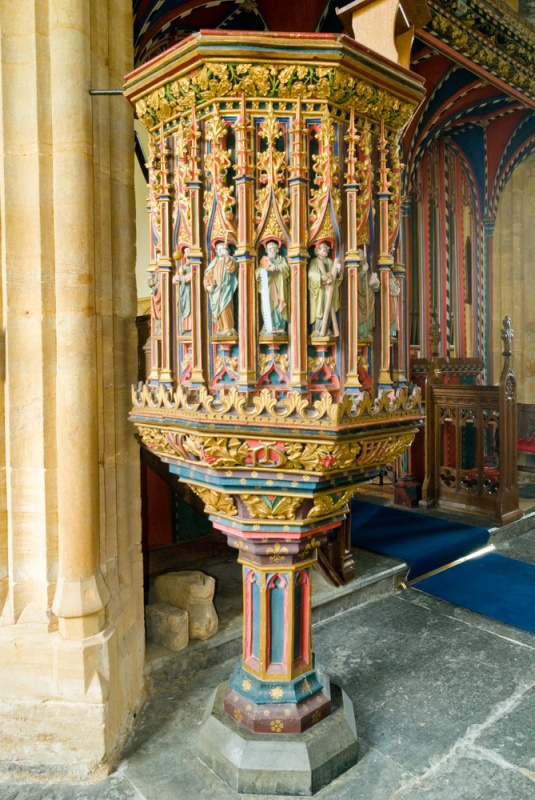 A church has stood in the Somerset village of Long Sutton since at least the 9th century, but the present building dates to 1493 and has a typically ornate tower as do so many other Somerset churches from the late medieval period. It is built of blue lias stone, quarried locally, dressed with Ham stone. Like many other Somerset churches, the tower is decorated with carvings of grotesque figures of demons, known locally as 'hunky-punks'.

The church may have existed in AD 852, when, according to the official parish history guide, Alfred the Great granted the manor of Long Sutton to the Abbey at Athelney, his refuge in the Somerset marshes during his long struggle with the Danes.

The only trouble with this timeline is that Alfred would have been 3 years old in AD 852, so either the date is wrong, or the grant was by an earlier king. A much more likely date of the grant is 886, after Alfred had finally defeated the Danes.

The link with Athelney Abbey was severed in 1539 during the Dissolution of the Monasteries, and the manor eventually became part of the Duke of Devonshire estates.

Some fragments of Norman masonry are preserved under the pulpit. They date to around 1200. 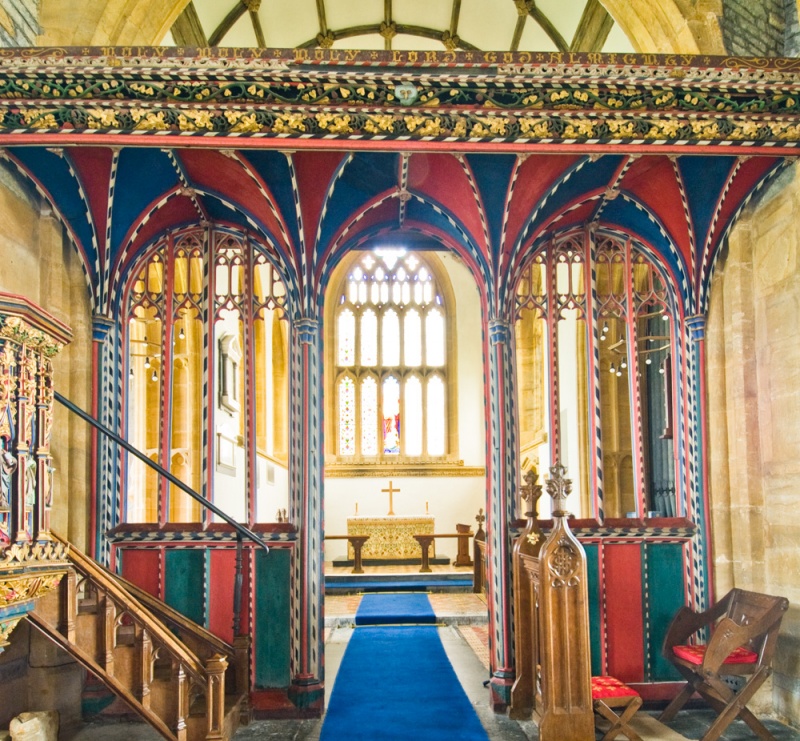 The main historic interest inside Holy Trinity church is a stunning mid-15th century wineglass pulpit, with intricate painted woodwork. The pulpit predates the present church by several decades and was probably carved in the period 1455-1458. It bears the initials WS and IP, for the vicar, William Singleton, and the Abbot of Athelney, John Petherton, again emphasising the links between Holy Trinity and Athelney.

Beside the pulpit is a richly carved late 15th-century painted screen, stretching the entire width of the church. The upper section features elaborate fan vaulting and would originally have carried the rood loft. The tie-beam roof in the nave is also 15th century, and features beautifully carved and painted figures of angels holding heraldic shields.

Under the tower is a beautifully carved 15th-century octagonal font, carved with quatrefoil panels and capped by a Jacobean wooden cover. 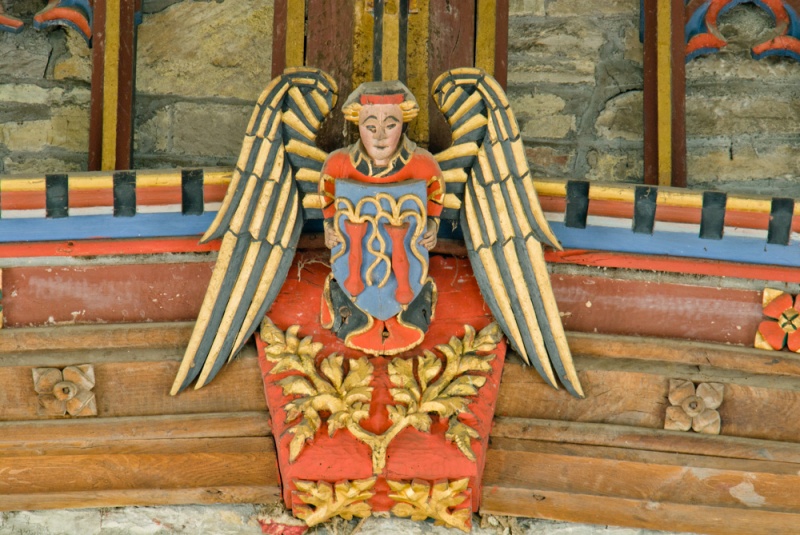 There are several very good 16th and 17th-century grave slabs set into the floor, but perhaps the best memorial is to Elizabeth Banbury (d. 1716). On the wall is a 17th-century sounding board, or test, that once stood over the pulpit.

In the churchyard is the base of a 15th-century cross, with carved panels on the sides.

Holy Trinity is a lovely medieval building, full of interest. The combination of the superb 15th-century pulpit and screen is simply stunning to see. The church was open when we visited on a rainy day in June.

Note
Do not confuse the Somerset version of Long Sutton with villages of the same name in Lincolnshire or Hampshire. 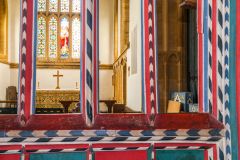 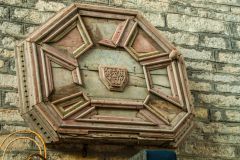 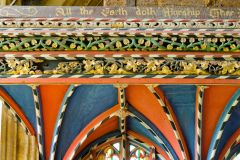 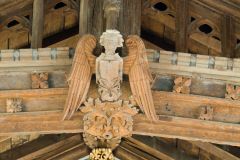 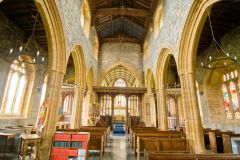