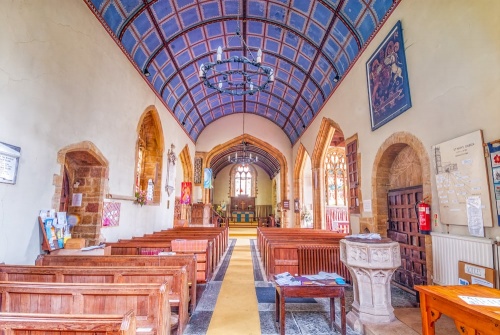 St Mary's Church (or, to give it its full name 'The Church of the Blessed Virgin Mary') has graced Huish Episcopi since the 12th century. The present church is a product of the 14th century, with additions and renovations in the 15th and 16th centuries.

That 12th-century church was not the first on this site near the River Parrett; there was a church here at least as early as the Norman Conquest. That early building burned down and was replaced by the present building, which was dedicated in 1232.

The church is built of local blue lias stone with decorative golden-hued Ham Stone details. The most striking feature is the tower, one of the finest in Somerset, a county known for its medieval church towers. The tower rises 99 feet (30m), though some sources round the number off to an even 100 feet. 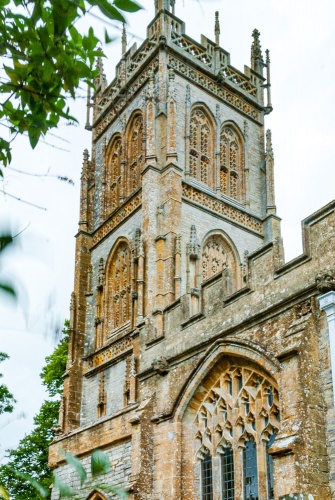 The four-stage west tower is a late addition to the church, added around 1500 to replace an earlier central tower. A stair turret clings to the north-east corner of the tower.

The tower of Huish Episcopi Church was featured on a 9p postage stamp in 1972, part of a series of stamps celebrating British Architecture. 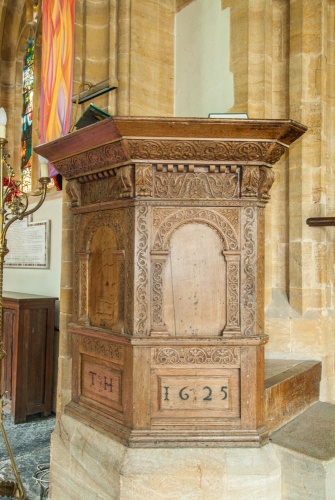 The oldest historical highlight is the Norman south doorway. If you examine the doorway the first thing you notice is that the stone is an odd reddish colour. This discolouration is the result of the fierce fire that destroyed the original church. The doorway is decorated with traditional Norman zig-zag carving.

The nave and south chapel have wagon-vaulted roofs. The chapel ceiling dates to the 15th century. 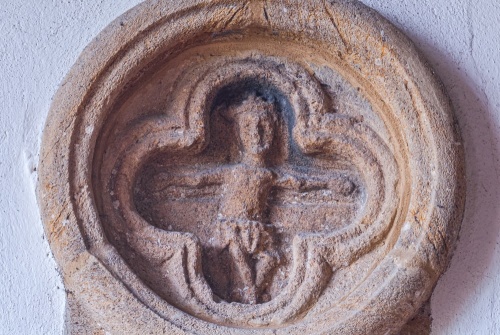 The most intriguing interior feature is a small 14th-century quatrefoil roundel in the west wall. In the centre of the roundel is a figure of Christ. Beneath the tower arch is a fine 15th-century wooden screen, brought here from Enmore Church in 1873.

The wooden pulpit dates to 1625 and features beautifully-carved panels. A 17th-century altar table stands in the south chapel, while near the south door stands a late medieval octagonal font in Perpendicular style. 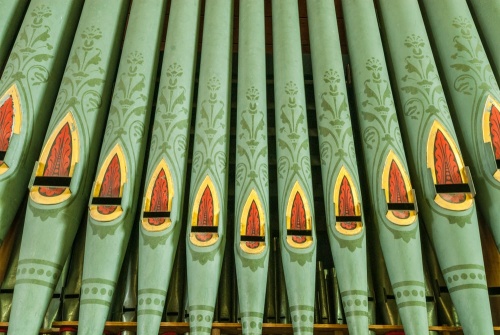 The east window is dedicated to three children of the Mitchell family who tragically died within two weeks of each other in the 1870s.

One interior highlight is an 1899 stained glass window in the south chapel, designed by the Pre-Raphaelite artist Edward Burne-Jones in honour of James Kelway, one of a family of famous nurserymen known for cultivating high-quality varieties of peony. The window was made by the William Morris studio and depicts the Nativity.

In the churchyard stands a marble obelisk to the Kelway family, while the grave itself is planted with peonies. 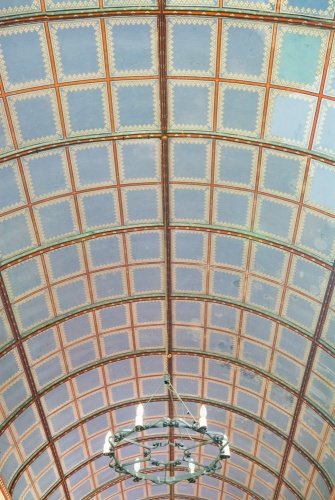 Two further Grade II listed monuments stand in the churchyard. One is a 17th-century Ham stone table tomb commemorating two people; John Millard (d 1622) and Marie Haberfield (d 1625). The inscriptions mention no connection between the pair, so we are left to wonder why both lie beneath the same memorial.

The other Grade II listed monument is an 18th-century chest tomb in memory of Elizabeth Gould (date of death unclear).

St Mary's Church stands on The Hill, just off the A372 (Wincanton Road). There is a large car park almost directly opposite, beside the war memorial. The church was open when we visited.