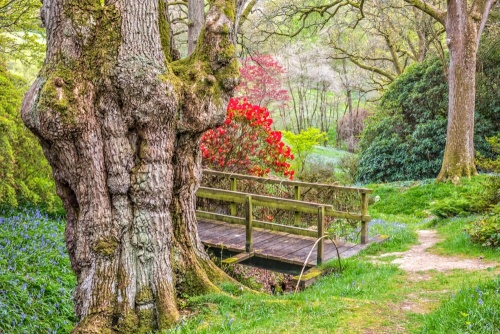 High Beeches is a landscaped woodland and water garden in a beautiful rural setting south of Crawley, covering 27 acres, with a popular wildflower meadow.

The highlight at High Beeches is a collection of rare and exotic trees and shrubs from around the world, many of them over a century old. Most of these rare plants were collected by plant hunters like Ernest Wilson, and many are of great historical importance. High Beeches is home to the National collection of Stewartias, ornamental trees of the Theaceae family notable for their white summer flowers that resemble camellias.

Another highlight species are gentians, such as Gentiana asclepiadia, a native of Eastern Europe. High Beeches is the only garden in Britain where the Gentiana asclepiadia have naturalised. Several species of rhododendrons have been given awards by the Royal Horticultural Society.

Avid horticulturists will love exploring High Beeches just to see the wide variety of rare and unusual plants, carefully planted to take advantage of the natural landscape of the Weald.

Even if you have a brown thumb like me you will enjoy the beauty and peace of this delightful garden. 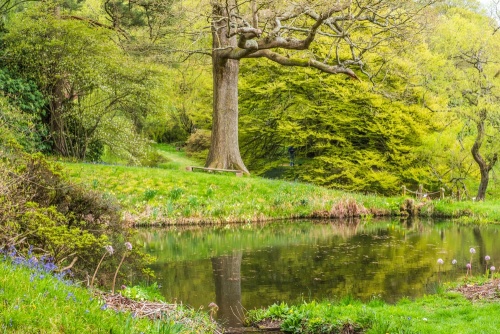 One highlight at High Beeches is the extensive wildflower meadow and the national collection of Stewartia. Though the gardens will definitely appeal to the avid botanist, you don't have to be an expert to appreciate the carpets of bluebells in spring, the wonderfully rich autumn colours or luxurious summer scents. If you do want to learn more about the unusual plants at High Beeches there is a full plant list available at the entrance.

One rather remarkable feature at High Beeches is an Edwardian hot air engine made by the Hayward Tyler company. The engine was installed sometime prior to 1910 and has been restored to full working order by the Sussex Engine and Associated Machinery Society (SEAMS). It was fired by logs and probably used to pump water from the garden ponds uphill to the mansion. It can be seen running on specified dates throughout the year.

The story of High Beeches really begins in 1846 when Sir Robert Loder purchased The Beeches and began to create a formal garden near the house. Sadly, Sir Robert's gardens are no longer in existence. His son Wilfred began planting in the woodland below the family home, but it was left to his son Colonel Giles Loder, Robert's grandson, to lay out the garden we see today.

Colonel Loder drew heavily on the advice of his friend and neighbour John Millais, the son of the popular Pre-Raphaelite artist Sir John Everett Millais. Millais' advice boiled down to three principles; give plants space, plant a variety of species, and use only the best plants. The result is High Beeches as we see it today. 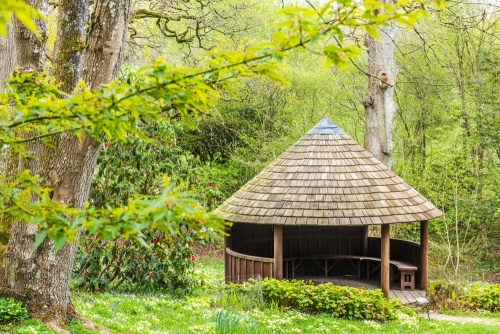 The gardens are laid out surrounding the ruins of High Beeches House, which was destroyed during WWII when a Halifax bomber returning from a raid crashed into the house. The resulting fire destroyed the mansion, but the 27 acres of gardens around the house survived relatively unscathed. Colonel Loder moved into the neighbouring house and continued to develop High Beeches gardens until his death in 1967.

The woodland gardens date to the early 20th century and are an extremely well-preserved example of a garden from this era.

Even earlier are the Wildflower Meadows, which date to at least 1848. They have not been cultivated for at least 80 years, and even animal grazing ceased in 1980. Every year the meadow is harrowed using heavy horses, so that wildflowers can seed successfully. The meadow has been declared a Site of Nature Conservation Importance.

High Beeches is relatively well signposted off a minor road just outside Handcross. There is a large, free parking area and a visitor information centre where you can pick up a very useful printed guide and map of the site. I spent hours exploring the garden and taking hundreds of photographs. It is the sort of place you could wander around for hours and keep seeing something new. 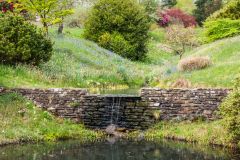 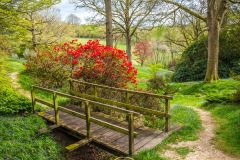 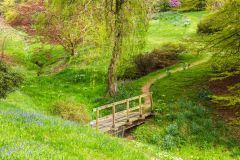 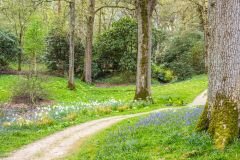 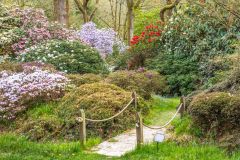 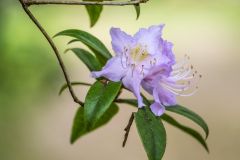