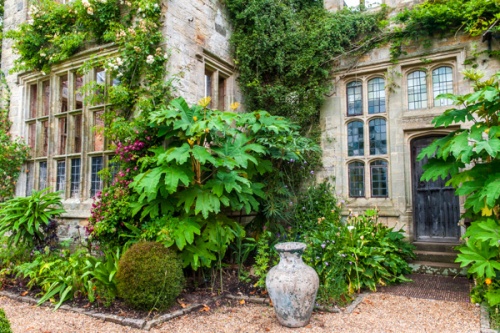 Nymans is a house and garden for all seasons, with formal and informal garden areas surrounding the partial ruins of a romantic historic mansion.

Though the house at Nymans has its roots in the 17th century, the story of Nymans really begins in 1870, when Ludwig Messel and his family moved here from Germany. The Messels were of Jewish descent, and they arrived in England at a time when feelings against Germany ran high, and anti-Semitism was rife. Despite the social obstacles, Messel succeeded in carving out a successful career as a stockbroker. In fact, he was so successful that he had the means to purchase Nymans in 1890 and create a romantic, quintessentially English garden around the house at Nymans.

The gardens were inspired by the influential writer William Robinson, and were filled with rare plants and colourful herbaceous borders. The man most responsible for creating the gardens that Messel visualised was James Comber, who became head gardener in 1895. Comber's son, Harold, became a globe-trotting plant collector, bringing exotic plants back to England from South America and Tasmania. 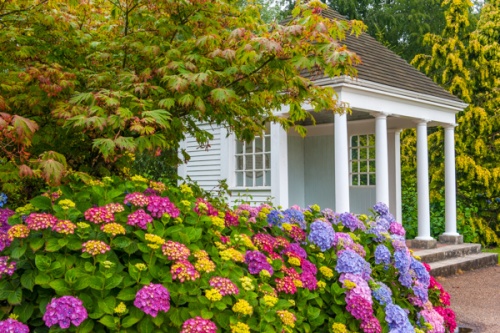 Ludwig Messel's descendants continued to develop the garden in the early 20th century, turning it into one of the most beautiful and romantic gardens of Edwardian England. From humble beginnings as late 19th century emigrants, the Messel family rose higher and higher in society, culminating in the marriage of Ludwig's great-grandson Anthony Armstrong-Jones to Princess Margaret. However, the most famous Messel was Oliver, who carved out an enormously successful career as an artist and set designer for Hollywood films.

But all has not been plain sailing at Nyman's; in 1947 a disastrous fire almost gutted the house, leaving much of it a roofless ruin. Only a small part of the house was ever repaired, but for the most part the historic mansion is simply a Gothic fairy tale, acting as a romantic backdrop for the gardens and surrounding woodland.

The gardens escaped the fire, but they did not escape the Great Storm of 1987, and suffered terribly damage. The gardens were slowly brought back to life, and today they are a reminder of the extraordinary vision and determination of the Messel family to create a truly great English garden.

There is so much to see at Nyman's! There are lovely formal and informal areas, some bounded by stone walls, others defined by tall hedges. Through gaps in the walls you catch tantalising glimpses of the romantic facade of Nyman's house. Thankfully, after many years off-limits to the public, you can now tour the house interiors. Its a fascinating experience, seeing how the last Messel at Nyman's managed to live in just a few restored rooms, while the rest of the house was left as it was after the terrible fire of 1947. Our family loved Nyman's; the house was fascinating and the gardens are an absolute delight. 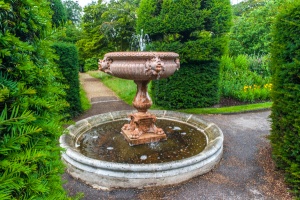 A fountain in the formal gardens 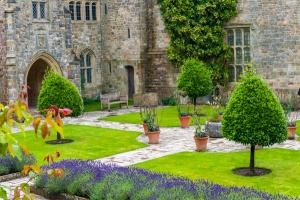 A courtyard garden beside the house 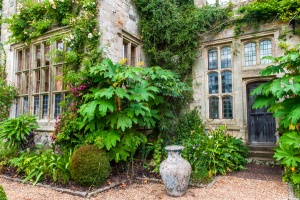 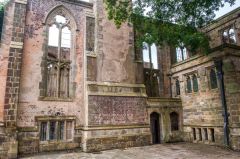 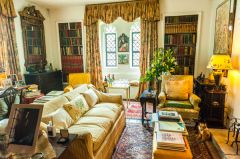 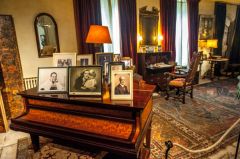 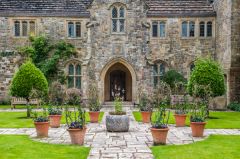 More self catering near Nymans >>

More bed and breakfasts near Nymans >>