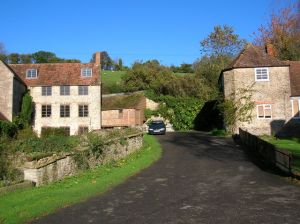 Gants Mill and Garden
A restored mill with roots going back to the Domesday Book (at least!). Water powers a grain mill and provides electricity for 10 nearby homes. Named after a 13th-century owner of a fulling mill, Gants Mill has over the centuries served as a woollen factory, silk weaving centre, and grain mill. Set in lovely gardens featuring riverside walks, water features, and Spring and Summer colours.

The first mention of a mill here comes from the Domesday Book of 1086, when a pair of mills were recorded at Pitcombe, near Bruton. One of the 2 mills was on the site of the current mill.

The name comes from a later owner, John le Gaunt of Bruton, who owned the property in 1290 (not to be confused with the later John of Gaunt, 1st Duke of Lancaster!). The lord of Castle Cary granted le Gaunt the right to build a fulling mill here, making Gants Mill one of the earliest fulling mills in the country.

Cloth from local weavers was brought to the mill, where wooden hammers, driven by a water wheel, hammered out dirt and oils. After the 'hammering', the cloth was stretched to dry over frames in nearby Rack Close. The cloth processed at Gants Mill was exported to Europe through the port of Bristol and was traded for such delicacies as dates, figs, and wine.

The fulling mill lasted for over 4 centuries, and through most of that time, the property was owned by the Weston family, who kept meticulous records.

In the 17th century, the woollen industry gradually moved to the north of England yet Gants Mill continued to produce high-quality cloth. In his famous travel diary, Daniel Defoe mentions the mill as being known for its stockings. In 1740 Lord Berkeley of Bruton rebuilt the mill as a woollen factory.

This was remodelled in 1810 by Theophilus Percival, who added a west wing to the earlier mill and set up a bustling local industry to make silk. Over 200 women and girls worked at Gants Mill, running the water-driven silk throwing machines as the spun silk thread.

The heyday of silk weaving was finished by 1840, and the Lockyer family converted the mill yet again to grind grain for animal feed. As the industrial revolution took hold a steam engine was added to power the grinding wheels when water supply ran low.

In recent years the mill has been converted yet again, this time to operate a small-scale hydro-electric project supplying power to nearby properties as well as continuing to grind grain for barley meal.

A special Silk Room display exhibits silk cloth and thread that was salvaged from beneath the floorboards. Information panels trace the history of the silk weaving history on the site, with a look at the machinery used, and the people who worked the mill.

A guided tour takes visitors over the mill, demonstrates how mill stones are dressed, and how water-power is used to grind grain and generate power.

The garden at Gants Mill is planted with a colour-theme in mind. April and May bring out over 1000 tulips combined with forget-me-nots and wallflowers. Summer brings out bearded irises and delphiniums, roses, and lilies.

One feature at any time of the year is water; the sound of running water follows you throughout the garden, as a stream tumbles over small cascades, through ponds, and waters the bog garden.

There is a 'hot corner' of the garden, lush with colour in late summer when dahlias and rudbeckia are at their brightest.

Gants Mill is now primarily a wedding venue. They do offer group visits to the mill and garden.

More self catering near Gants Mill and Garden >>

More bed and breakfasts near Gants Mill and Garden >> 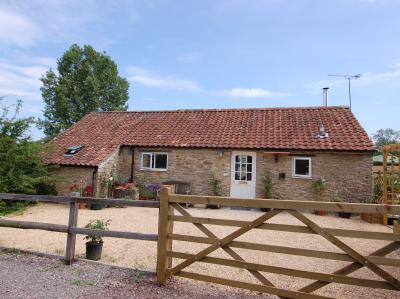 This detached, spacious property in South Brewham is set in four acres of meadow and woodlands and can sleep up to four people.
Sleeps 4