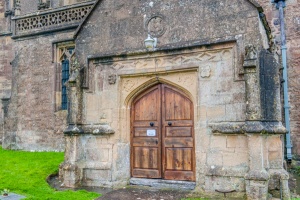 The Jacobean porch of Batcombe church

There was a Saxon church amid the hills and deep valleys of Batcombe. This was rebuilt in stone in the Norman period, but only a small fragment of Norman stone remains, built into the outer wall of the south aisle.

Sometime after 1250 the rounded Norman chancel was rebuilt with a squared-off east wall, and the nave was rebuilt in the middle of the 15th century.

In the chancel is a brass to Philip Bisse, rector of Batcombe and Archdeacon of Taunton. Bisse served as a rector of Batcombe for 50 years, from 1564-1613. Bisse was an avid book collector, amassing 2,000 volumes fro across Europe. Biss was great friends with some of the leading west country families of the Elizabethan era, including the Wadhams of Merefield.

When Nicholas Wadham created Wadham College, Oxford, in his will, one of the first students was Philip Bisse's nephew. Bisse left his entire collection of books, worth over £1700 at the time, to Wadham College, where they are kept today. 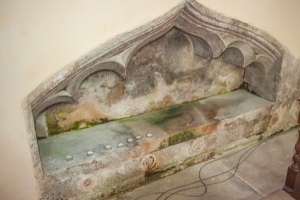 The great east window has wonderful stained glass designed by Archibald Nicholson (1871-1937), who worked on over 700 church windows during his career, including the cathedrals of Chester, Lincoln, Norwich, Worcester, and Wells, among others.

The windows on the south wall have clear glass from King's College Chapel, Cambridge, mixed with fragments of coloured 14th-century glass. On the north wall are a pair of canopied niches built around 1350.

The font is Perpendicular in style, dating to sometime between 1483-1520. The walls and windows are decorated with Biblical texts, but these have now been limewashed to preserve them. 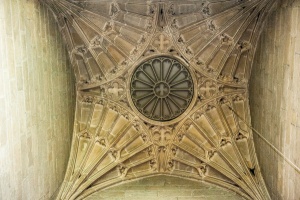 Perpendicular fan vaulting under the tower

The wonderful west tower was begun sometime before 1540. In 1539 George George left money for the tower and desired to be buried within the church. Thomas Penny did not leave money; he left something far more practical; stone to build the tower.

Under the tower arch is an ancient stone font bowl, brought here from the chapel of St Lawrence at Spargrove when the chapel was pulled down in 1560. Next to the Spargrove font is a wonderful monument to the Bisse family, erected around 1640, and decorated with extravagant strapwork scrolls.

There is a parish chest dated to 1683, and there is an 18th-century painting of The Nativity. The rather striking south porch is dated 1629 and bears a coat of arms to the Bisse family. 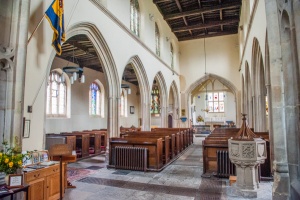 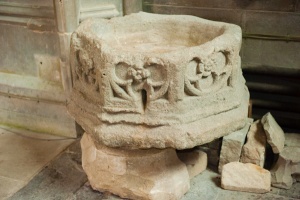 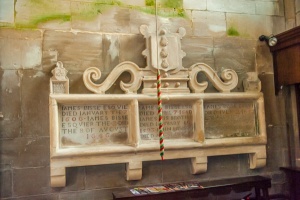 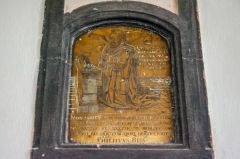 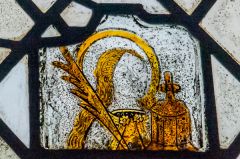 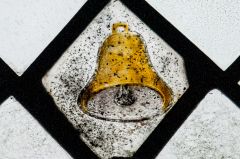 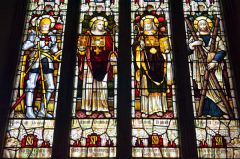 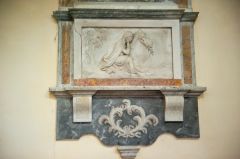 More self catering near Batcombe

More bed and breakfasts near Batcombe