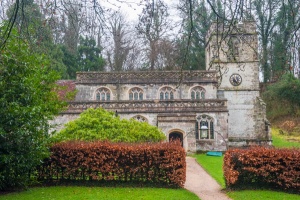 The medieval church of St Peter stands immediately outside Stourhead Gardens, looking out over the neo-classical 18th-century landscape designed by Sir Henry Hoare II. The earliest record of a church here dates from 1291, and it seems likely that the north nave arcade and tower date from that time. The lords of the manor were the Stourton family, and their family vault is under the present north aisle.

In 1717 the Stourton estate was purchased by Henry Hoare, and he renovated the medieval church in 1722. Hoare built a large altar piece to span the entire east wall, and built his own family vault. A later rebuilding in 1848 inserted a Hoare family pew, complete with its own fireplace for comfort.

The first historic feature you see on entering the church is a worn effigy of a woman on a stone table. This is thought to be Lady Stourton, who died in 1403. Fragments of medieval stonework are gathered around the table base. 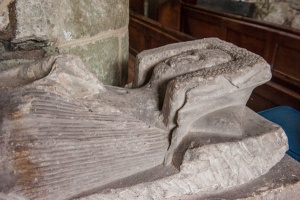 The tomb chest is beautifully carved, with canopied niches and blind tracery in Perpendicular style. The effigy of Lord and Lady Stourton are wonderfully sculpted, with small effigies of their children kneeling in an unusual position behind the couple's heads.

As satisfying as the 16th-century Stourton tomb is, it pales by comparison to the three large Hoare family memorials in the south aisle. Against the east wall of the aisle is a memorial to the first Henry Hoare (d. 1724), with urns spouting gilded flames, flanking a very large inscribed tablet listing Hoare's lineage and accomplishments.

On the south wall is a memorial to Henry Hoare II (1705-1785), the creator of Stourhead Gardens. The memorial is flanked by urns, and above an inscription are two cherubs, one bearing a scroll, the other holding an urn. The memorial is signed by C Harris and dated 1789. Along the wall is another monument to Hester Hoare (d. 1785), erected by the antiquarian Richard Colt Hoare in 1838.

High on the nave arcade is a gilded cartouche to Mary Ireson (d. 1723). Mary was the daughter of Nathaniel Ireson, mason at Stourhead House. In the north aisle is a gilded plaque commemorating the rebuilding of the church by Ireson in 1722.

How many of the thousands of visitors who flock to Stourhead Gardens stop and explore this lovely church, I wonder? They should, for there is so much history here. The Hoare memorials are stunning. Add in the Stourton effigies and the Norman font and you have a church of wonderful historical interest. Highly recommended. 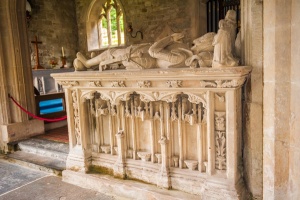 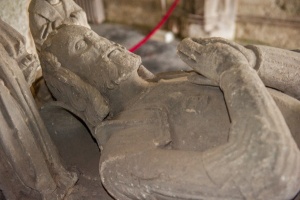 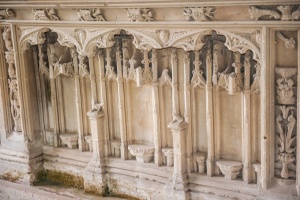 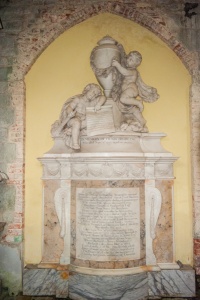 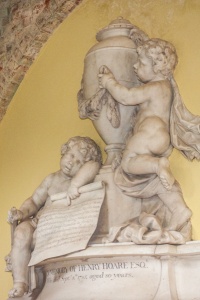 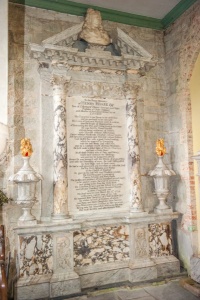 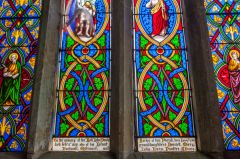 More self catering near Stourton

More bed and breakfasts near Stourton