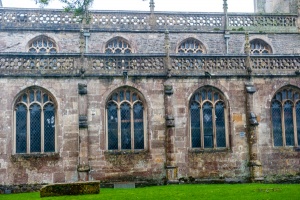 The nave and clerestory of
St Peter, Evercreech

There was probably a church at Evercreech in the Saxon period. Certainly, the existing late 15th-century church stands atop much older foundations. The glory of St Peters is the superb west tower, one of the finest in Somerset - a county noted for its medieval church towers. Architectural historian Nikolaus Pevsner called Evercreech's tower the finest in Somerset; quite a claim!

The earliest part of the church is the chancel, built around 1300 of blue lias rubble. The large east window with its Decorated Gothic tracery is original, as is the priest's door.

The nave was rebuilt in Perpendicular style in several stages during the 15th century. The king post nave roof is simply stunning, with four bays supported on five massive trusses with pierced tracery decoration. Each bay has 4 carved and painted angels. 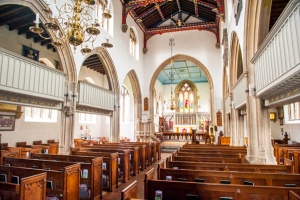 One angel in the second bay carries a shield with the arms of the Lord Protector Somerset, uncle of Edward VI. The Lord Protector held the manor of Evercreech from 1548 until his abrupt fall from power in 1551. According to tradition the roof was first painted by the Duke's orders and perhaps paid for out of his own pocket. The effect is extraordinary - be prepared to have your jaw drop when you first glimpse the roof.

The nave is lit by a pair of extravagant brass chandeliers, one dated 1761. In the galleries, and rather hard to see, are a trio of hatchments. One is to Ann Talbot (d. 1857), and another to her husband James, Earl of Malahide, who died in 1850. The oldest hatchment is that of Mary Cozens (d. 1756), a great-aunt of Ann Talbot.

The north aisle was built at the same time as the nave, though it is rather overwhelmed by Victorian galleries added from 1826 to meet the needs of a rapidly expanding population. The south aisle was built in 1843 to match the north aisle, and it also has a gallery with numbered pews to balance out the earlier aisle across the nave.

When the south aisle was being built the mason is said to have quarrelled with the parson and the publican of the village inn where he was lodged. The mason took his revenge by carving two grotesques, or hunky-punks as they are known in Somerset, to decorate the parapets. The carvings are a monster, representing the parson, and a monkey to caricature the publican. A pair of village gossips are represented by two cats!

Just outside the churchyard is the handsome medieval village cross, erected in the late 15th century. The cross originally stood in the churchyard but was moved to its present site in 1781.

St Peters is a wonderful church, a marvellous late medieval building. In a county known for its medieval churches, Evercreech is one of the best. 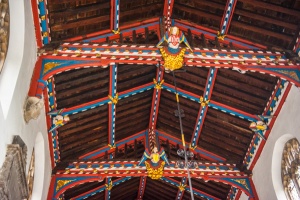 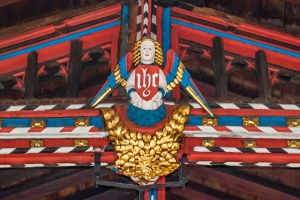 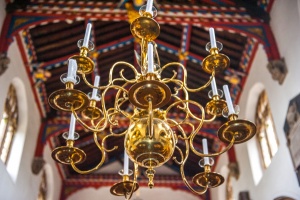 18th-century brass chandelier in the nave 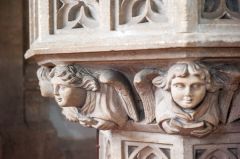 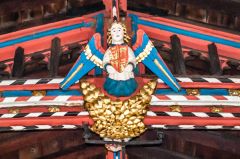 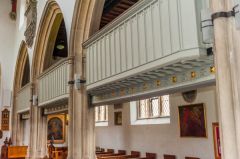 More self catering near Evercreech

More bed and breakfasts near Evercreech

Self Catering near Evercreech