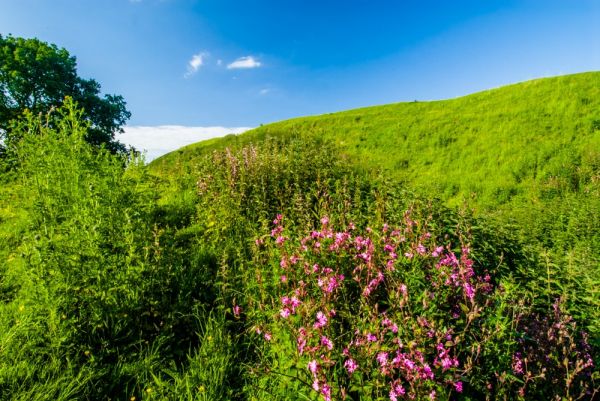 A hill fort associated with the legends of King Arthur, South Cadbury Castle stands 150 metres above sea level and the hill is ringed by four terraced earthworks ditches and banks. South Cadbury is one of several sites proposed as the location of Arthur's capital, Camelot. 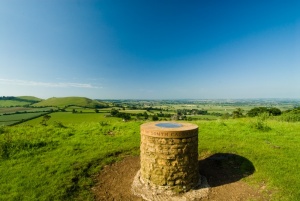 The view from the castle

The site was occupied for an extraordinarily long time. Excavations have revealed Neolithic pottery, as well as later Bronze and Iron Age settlement patterns. Around 500 BC an elaborate system of defences was erected atop the hill, including upright wooden barricades, which were re-erected several times over the following centuries.

Within the barricade, there is evidence of houses, a forge, and a temple. The fort was overrun and occupied by the Romans in about 50 AD.

After the Romans deserted the site it was occupied from about 470 - 580 AD. This is the time period associated with King Arthur. At that time there seems to have been a large Great Hall on the site, and remains of pottery from the Mediterranean indicate that the inhabitants had a well-established trade system.

The size of the fort during this post-Roman period would make it one of the largest known settlements of the time, a fact which might lend some credence to its identification as Camelot, the capital of a great leader. From 1010 - 1020 AD a Saxon mint was established at South Cadbury

South Cadbury has also been identified as a possible site of Mount Badon, or Mons Badonicus, where King Arthur is said to have defeated the pagan Saxons in battle and, for a time, stemmed the tide of their steady incursion into this area of post-Roman Britain. 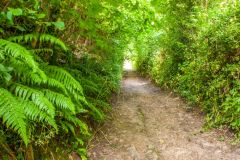 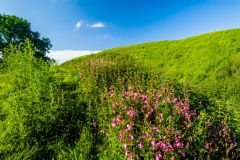 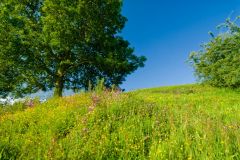 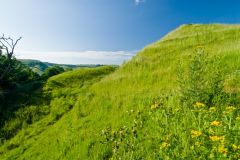 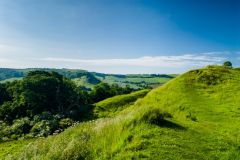