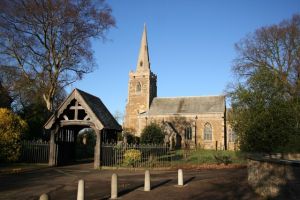 A small village close to the Lincolnshire border with Leicestershire and Northamptonshire, Barrowby was mentioned in the Domesday Book, but its roots go back much further. The name comes from the Norse Bergebei, for a hill, and the Danish ending 'by' suggests that there was a Danish settlement here.

The oldest building is All Saints Church, which dates to the 14th century. Though the church itself may be 14th century, it probably stands on a much older site. Fragments of Saxon carving are embedded in the church walls, and the circular churchyard suggests a pre-Christian site was here even before the Saxon church.

The pride of All Saints is the font, a beautifully carved piece of 14th-century craftsmanship in Decorated Gothic style. Look for 3 medieval memorial brasses hidden under a carpet in the chancel.

The elevated churchyard means that on a clear day you can just make out the towers of Lincoln Cathedral in the distance.

One of the most famous natives of Barrowby was Dr Thomas Hurst, who was born here in 1598, served as rector from 1629, and rose to become chaplain to Charles I.

Within sight of the village (depending on where you stand!) is Belvoir Castle, home of the Dukes of Rutland, and just 3 miles away is Belton House, a lovely 17th-century mansion. The village pub is the White Swan, and there are a number of old buildings around the village centre, including Barrowby House on Church Street, a country house built in 1691 and listed Grade II for its historic interest. Another Grade II house is Holly House on High Road, also late 17th century, with a mid-19th-century addition. 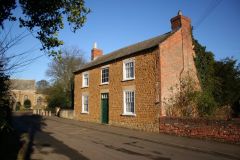 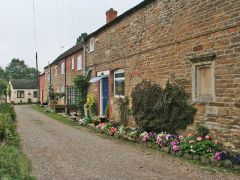 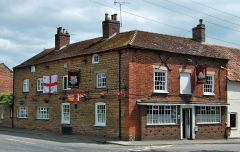 More self catering near Barrowby >>

More bed and breakfasts near Barrowby >> 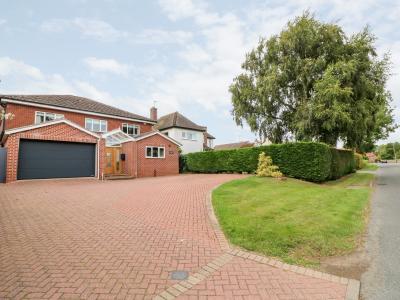 This detached cottage rests in Barrowby in Lincolnshire and can sleep eight people in four bedrooms.
Sleeps 8