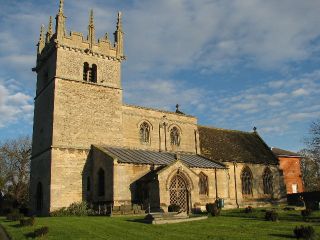 Boothby Pagnell
Boothby Pagnell is a village located in the South Kesteven district of Lincolnshire about 6 miles from Grantham on the B1176. The village was mentioned in the Domesday Book of 1086, at which time it had a population of only 19.

There are remains of a 12th-century house known as the Manor House, which English Heritage has called the 'Most important small Norman manor house in England'. Boothby Pagnell Manor House was built around 1200.

The house has been altered and added to multiple times over the years, and now boasts a 15th-century window in the east wall, while parts of the west wing date from an 18th-century rebuilding. What we see today is only one part of what was a much larger building.

Perhaps the most famous native of Boothby Pagnell was John de Bothby, who took his name from his native village. Bothby was born in the early 14th century and rose to become Lord Chancellor of Ireland. 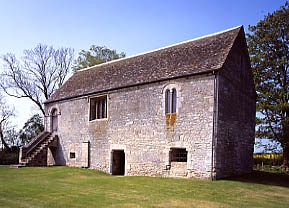 Boothby's parish church was built in the 13th century, though the Domesday Book mentions an existing church in 1086. and renovated in the late Victorian period. The church retains its Norman tower and font, and much of the nave dates to the period 1125-1150.

When the church was remodelled from 1895-97 it was done in High Anglican style on the wishes of the patroness, Mrs Thorold. Mrs Thorold's religious sympathies were not universally accepted, however, and in 1900 a group of Low Church sympathisers called Kensities organised a cycle trip from Grantham with the aim of smashing the sanctuary lamps.

The locals defended the church with over-ripe tomatoes and rotten eggs and drove off the Kensities. Though the affair sounds almost humorous today, there was a very serious edge to events. The locals seized a revolver from the Low Church sympathisers, which was handed over to police.

Boothby Pagnell has associations with Sir Isaac Newton, who is known to have stayed at the rectory here, and there is some claim that it was in the rectory orchard that Newton saw the famous apple fall, rather than at his own home of Woolsthorpe Manor, which is located only 5 miles away. Newton's own memoirs suggest that it was at Boothby Pagnell that he worked on the theory that became differential calculus. Also nearby are historic Belton House and Grimsthorpe Manor.

More self catering near Boothby Pagnell >>