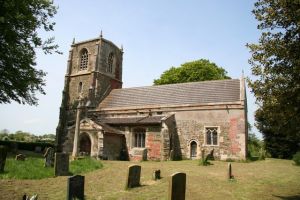 Little Steeping is a sleepy village near Spilsby, Lincolnshire. The historic house of Gunby Hall is only 4 miles away, and Bolingbroke Castle is 6 miles from Little Steeping.

This attractive church is built of greenstone rubble and red brick with ashlar dressing. It was built in the middle of the 14th century with a 15th century west tower rising in three stages. The doorway is late 14th century with grotesque carvings of heads as label stops.

In the chancel are a blocked 15th-century tomb recess and a recumbent effigy of Thomas de Redyng, who served as rector from 1318-1353. The octagonal pulpit is also 14th century and stands high on an octagonal pedestal carved with small figures.

In the churchyard is a 15th-century cross of ashlar, with a 19th-century cap. The cross is set on a stepped plinth with an octagonal pedestal and a tapering top that ends in a moulded top carved with a 15th-century depiction of the Virgin and a saint.

Notable local buildings in Little Steeping include the parochial school, built in 1871 and closed in 1963. another disused building is the old Station House, built to serve the Little Steeping station on the Great Northern line, which opened in 1848. Like so many small, rural stations, the station was forced to close in the mid-20th century due to cutbacks in rail service to less profitable lines. The station house is now a private dwelling.

Another private dwelling is the former Methodist chapel, an attractive red brick building dating to the 19th century. 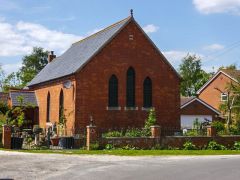 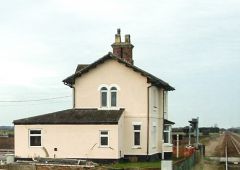 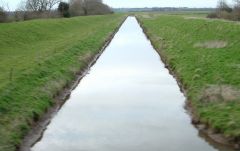 More self catering near Little Steeping >>