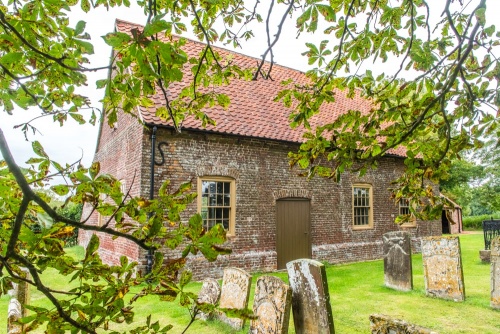 Monksthorpe Chapel is a secluded late 17th-century Baptist chapel on the Gunby Hall estate. The chapel was built when the persecution of non-Conformists was at a feverish pitch. Worshipping according to Baptist beliefs was no longer a capital offence, but it was still a mighty dangerous business! Non-Conformists could be arbitrarily imprisoned, have their possessions confiscated, and face torture.

It was only safe for Baptists to meet in remote, isolated places, where their activities might pass unnoticed. This helps account for the secluded location of the Monksthorpe Chapel, surrounded by trees, and set in the middle of an acre of ground approached by a narrow country road.

The accepted date for the building of the chapel is 1701, but it seems clear that the site had been used for worship for several decades, perhaps beginning as early as 1669, so it is possible that there was an earlier building on the site. A tradition holds that a nearby tree is known as the 'Preaching Tree', an indication that there was regular worship here before the chapel was built.

Monksthorpe Chapel was built on land donated by Hugh Ayscough, who is, rather unusually, buried beneath the pulpit. It originally had a thatched roof and must have resembled a large farm building. 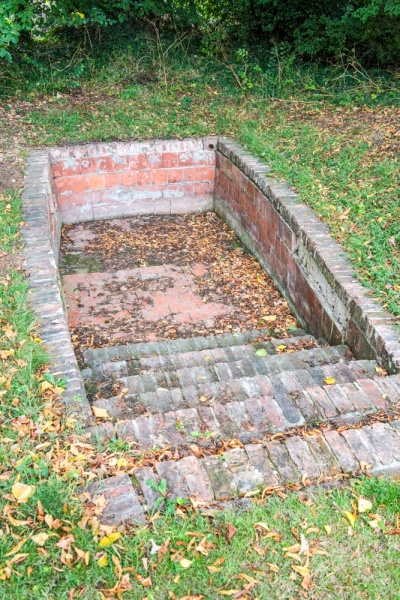 That resemblance might well have been intentional, to disguise as much as possible the religious nature of the building. Local tradition suggests that during worship a small boy was stationed as a lookout high in the branches of a nearby tree, to keep a sharp lookout for officers of the law approaching.

The chapel was made redundant in the 1970s, but was rescued from decay by the East Midlands Baptist Association, and passed into the care of the National Trust in 2000.

Monksthorpe Chapel is a simple rectangular building with high gable ends, built of red brick. The original thatched roof was replaced by pantiles in 1847 when the interior was refurbished. 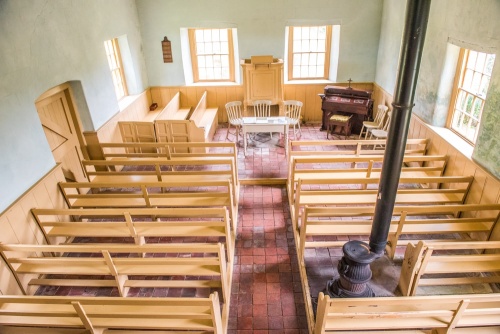 The Chapel interior from the west gallery

Things to Look For

Outside the west end of the chapel and shaded by overhanging trees is a full-immersion baptistry, where believers were baptised. The baptistry was filled with water from the neighbouring dyke. Beside the chapel itself is a stable, as most worshippers would have arrived by horse from great distances away. To the north and east of the chapel are gravestones dating back to the 18th century.

Among these is the burial place of John Dowse, who served as a minister for many years and wrote a history of the Chapel. also in the graveyard is veterans of the Normandy landings in WWII. In the far east corner of the graveyard are the ruins of a pig-stye, a reminder that the caretaker kept livestock on site. Tucked away behind the Chapel is an outdoor privy.

Inside, the Chapel is furnished to look like it may have been in the 1840s when it was refurbished. You enter at the west end, with doors to two vestries flanking the entrance hall. On one side is a Preacher's Vestry while on the other is the Deacon's or Choir's Vestry. Both are extremely small, simple rooms with almost no adornment. 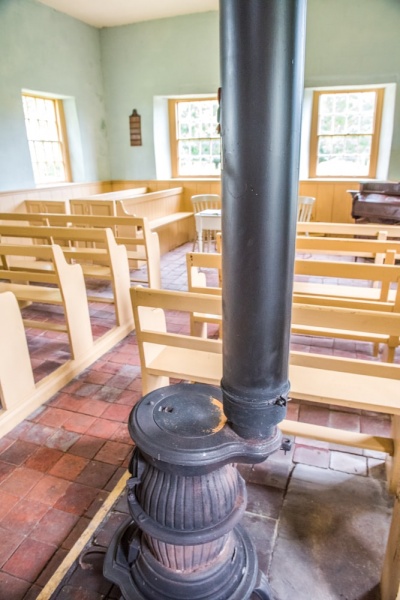 From the entrance hall, you pass under an overhanging west balcony, into the body of the Chapel. The first thing you notice is a pot-bellied boiler, typical of the early Victorian period. There is a central aisle with low pews. Most are open, but the pews for the choir have doors. At the east end is the pulpit and under it is the tomb of Hugh Ayscough, who donated the land for building a chapel around 1700. All these interior furnishings are painted the same flat pale yellow colour. 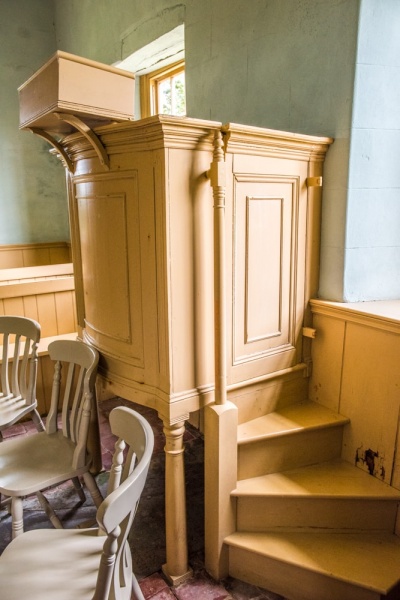 Monksthorpe Chapel is not the easiest place to find; it isn't very well signposted and there are no visitor facilities. It is kept locked, so to view the interior you have to get a key from the National Trust cafe at nearby Gunby Hall, during the Hall's regular opening times.

When we visited, we had to put down a £20 deposit to get the key, but the Trust volunteers kindly described how to find the Chapel and gave us a leaflet that clearly showed how to reach the Chapel either by car or on foot from the Hall.

The easiest route is to take the A158 to Candlesby, turn left on the minor road to Monksthorpe, turn left again when you come to a T-junction with a poultry farm opposite, and follow the road until it ends at the Chapel. At the end of the Chapel drive look for a memorial to the men and women who served at RAF Spilsby. 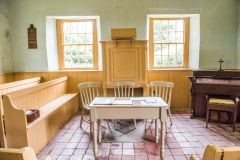 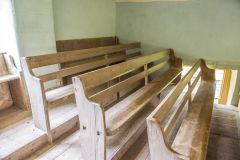 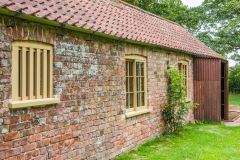 More self catering near Monksthorpe Chapel >>