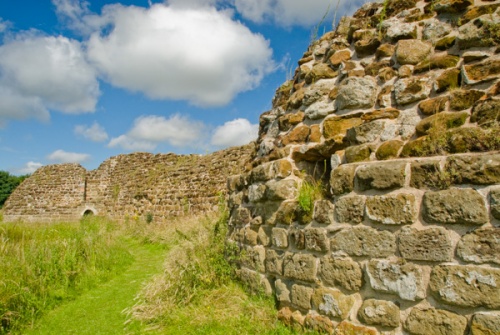 Bolingbroke Castle was built sometime around 1230 by Randulph de Blundeville, Earl of Chester and Lincoln. De Blundeville chose a rather odd site for his castle, choosing a flat spot overlooked by low hills on three sides. This suggests that defence was not his primary motivation.

The castle was about 250 feet across and was surrounded by a very large moat of up to 100 feet in width. The castle was composed of a curtain wall up to 12 feet thick punctuated at intervals by five towers and approached via a drawbridge to an imposing gatehouse.

A short distance from the castle is a 'rout yard', an enclosure for animals. A town grew up around the castle, and this became one of the most active market towns in Lincolnshire during the medieval period.

The castle passed from the de Blundeville family to John of Gaunt, Duke of Lancaster, through his marriage to Blanche, daughter of Earl Henry of Lancaster. The couple lived at Bolingbroke until Blanche caught the plague and died in 1369 at the young age of 24, just one year after giving birth to an heir, the future Henry IV.

Henry assumed the throne in 1399, and never returned to Bolingbroke, though the castle was used as an administrative centre for the House of Lancaster. 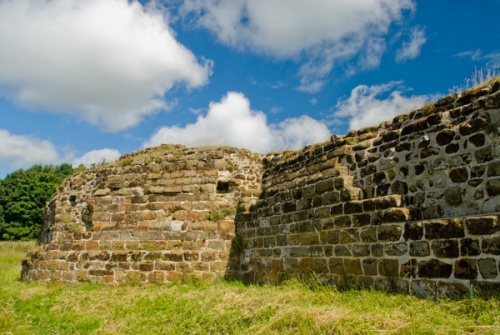 Foundations of a corner tower

By the time of the Civil War, the castle was in a dreadful state; auditors in 1636 found the towers beyond repair. Shortly after, however, Bolingbroke saw service in the conflict that followed. A Royalist army occupied the castle in 1643. The castle was besieged by Parliamentary forces and held out for over a month before the garrison surrendered on 14 November.

Following the siege of Bolingbroke Castle the fortification was 'slighted' by Parliamentary troops; that is, enough of it was destroyed to make it unusable in future. Stone from the castle was used by inhabitants of the village for building projects.

Following the slighting, the castle fell into a state of decline, so that by the 19th century most of the walls and grounds were covered with earth. In the mid 20th century the castle was excavated, and its foundation walls laid bare once more for visitors to view. The curtain wall is mostly intact, and in places it reaches 18 feet in height.

Bolingbroke Castle is under the care of Heritage Trust of Lincolnshire, through an agreement with English Heritage. There are a number of interpretive panels on the site which do a very good job of explaining the significance of the remains and the history of the castle. 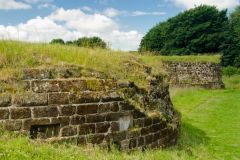 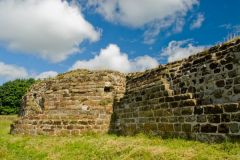 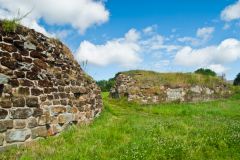 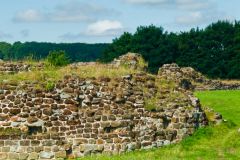 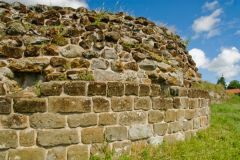 More self catering near Bolingbroke Castle