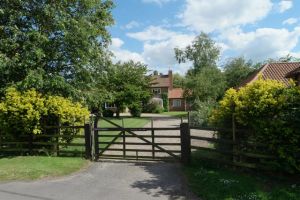 A small village in southern Lincolnshire, Pickworth is blessed with a lovely early medieval church dedicated to St Andrew. The church was begun in the 12th century, then rebuilt and extended by the Pickworth family just a few years before the onset of the Black Death in 1348.

There are a medieval rood screen and a carved Jacobean pulpit, but the pride of St Andrews are the medieval wall paintings, which date to 1380. They were hidden under plaster for many years and only revealed after the church damaged by a bomb during WWII.

Over the chancel arch is a depiction of the Doom, or Day of Judgment, while to the north is the Ascension, and to the south is a cauldron of Hell. In addition to the wall paintings look for the 12th-century circular font and a memorial tablet to Thomas Gibson (d.1622).

We know that Pickworth must have been a prosperous place in the early medieval period, for the Domesday Book lists it as having 40 households and a church.

On Mill Lane is Pickworth Mill, a small tower mill built in the early 19th century to replace an earlier post mill. The mill was used to grind flour, cereal grain, and animal feed, and continued in operation until the early 20th century. The building was used for cheese production, but now the base of the mill has been incorporated into a modern house.

The manor house on Church Lane dates to the early 19th century and is listed Grade II for its historic interest. Much older is Old Hall Farm House off Rotten Sykes Lane, which was built in 1608, as attested by a datestone to the left of the main entrance. 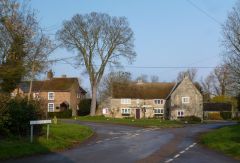 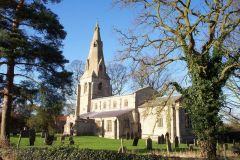 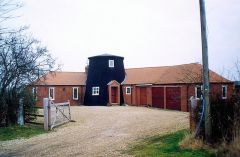 More self catering near Pickworth >>

More bed and breakfasts near Pickworth >>