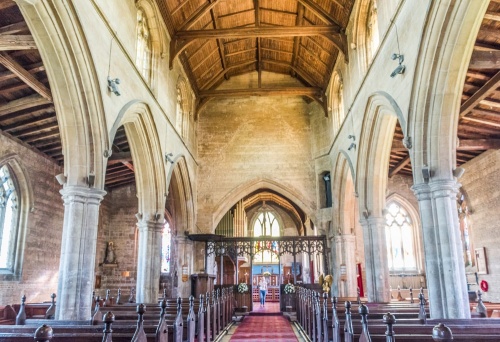 Helpringham is a large village on the edge of the Lincolnshire Fens. At the heart of the village is the 13th-century church of St Andrew, with its striking late-medieval spire towering over the surrounding conservation area.

The oldest parts of the church date to around 1200. The chancel dates to the late 13th century and features a beautifully carved sedilia (clergy seat) and east window of that period. The nave, aisles, and west tower are 14th century while the spire was added in the 15th century. The tower is decorated with flying buttresses that support spirelets on each corner. 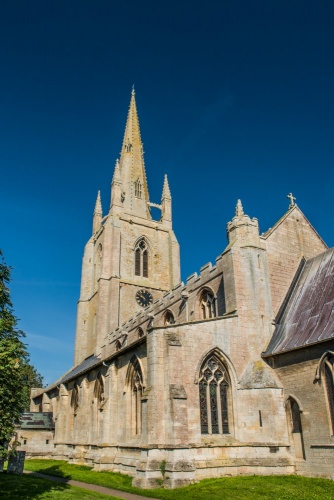 The 14th-century nave has four bays, and the arches are decorated with carved heads, including the head of a king and another depicting a mitred bishop. Both the north and south aisles have piscinas, suggesting the presence of side altars. One of the piscinas features the small carved heads of a man and a woman.

The tub font dates to the early 13th century and is decorated with nailhead carvings and blind arcading in traditional late Norman style. Look for crudely carved foliage and a figure of the Agnus Dei (Lamb of God). Under the tower is a 16th-century iron-bound chest with 3 locks. The keys would be held by different church officials and could only be opened when all three were present. 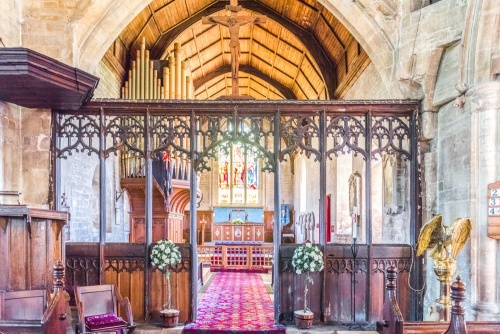 The nave benches date to the Tudor period (16th century), while the plain wooden pulpit is Jacobean. Separating the nave from the chancel is a beautifully carved 14th-century screen with seven bays of traceried arches.

The organ was built by the Foster and Andrews Company of Hull and is rated II* by the British Institute of organ studies.

Most of the stained glass was designed by AE Lemmon and dates to the very early 20th century. The windows depict local scenes and were given by a local farming family. 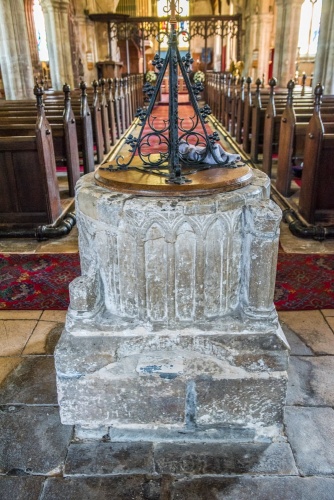 We drove by St Andrew's Church several times whilst exploring the Kesteven District, and were attracted by the wonderfully picturesque tower and spire, and by the picturesque village setting. W finally made time to stop and explore the church and we're so glad that we did. The medieval architecture is superb, particularly the west front of the church, and the combination of Tudor and late medieval furnishings makes the church a delight to explore. 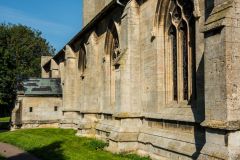 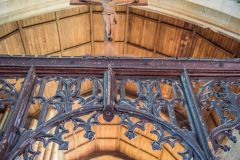 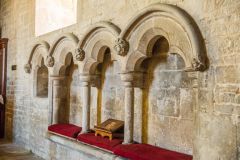 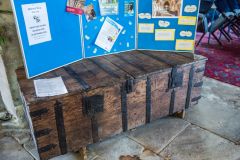 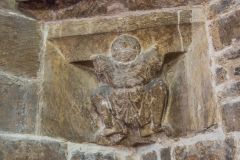 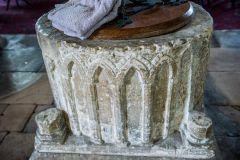