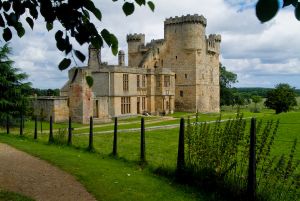 A small village in central Northumberland, Belsay is home to two historic attractions. The older is Belsay Castle, a 14th-century fortified manor with a tall pele tower. It was constructed about 1370 and was home to the powerful Middleton family. Nearby is the fascinating shell of Belsay Hall, an ornate Victorian mansion built for Sir Charles Monck in the early 19th century.

It is impossible to separate the history of Belsay from the story of the Middleton family. In 1226 a pair of brothers named Richard and John Middleton married the two daughters of Walter the Scott of Belsay and each brother acquired half the manor of Belsay. Richard became Chancellor of England in 1270 and bought his brother's share.

A subsequent Middleton joined a rebellion against Edward II and the estates were seized by the crown. Belsay was eventually granted to Sir John Strivelyn, a military leader under Edward III. Whether by clever design or sheer chance, the grandson of the last Middleton to hold Belsay, Sir John Middleton, married Strivelyn's daughter, and thus reacquired the Belsay estates. From that point until the 20th century the Middleton family held the manor - though not without a change of name along the way.

The change came in 1799 when Sir Charles Middleton changed his family name to Monck on the wishes of his grandfather. Sir Charles was responsible for Belsay Hall, an extravagant Grecian-style mansion. Stone for building the Hall came from the estate, and the quarries formed by the search for stone were later converted into a series of lushly planted gardens which are one of the highlights of a visit today. The Moncks lived at Belsay until 1962, when the house and castle were passed to English Heritage.

The village retains many of the same Greek style features as the Hall. Just outside Belsay is the modern Buddhist monastery of Aruna Ratnagiri.

More self catering near Belsay >>

More bed and breakfasts near Belsay >> 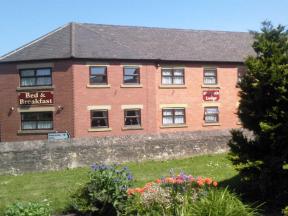