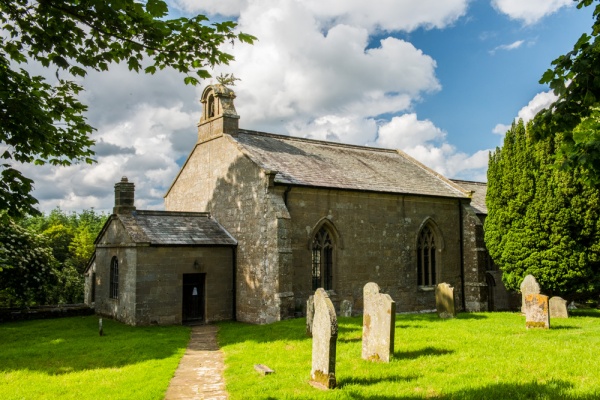 St Wilfrid's church in Kirkharle stands in an idyllic countryside setting, reached by a footpath from Kirkharle Hall and Barns. There was a church here as early as the 12th century, when Kirkharle was one of three churches in north-east England administered by the Premonstratensian monks of Blanchland Abbey.

The present church was built in the 14th century to serve the scattered hamlets of Kirkharle, Harle, and West Harle. It owes its existence to Sir William de Herle, a courtier under Edward II and Edward III. De Herle founded a chantry at Kirkharle in 1336 and the oldest parts of the building date to this time.

Reminders of the original 14th-century building include the piscina, aumbry cupboards, and sedilia (stone seats for the clergy). 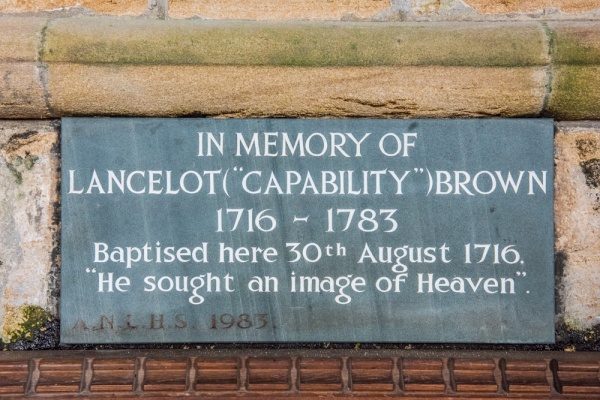 Inside the church is a late medieval font brought here from All Saints Church in Newcastle when that church was destroyed in 1786. The font bowl is carved with the coats of arms of prominent Northumbrian families.

St Wilfrid's Church is closely linked to landscape gardener Lancelot 'Capability' Brown, who was born on the Kirkharle estate and baptised in the church in 1716. Inside the entrance is a framed photo of the baptism page from the church records, listing Brown's baptism. Look for the date 30 August 1716. 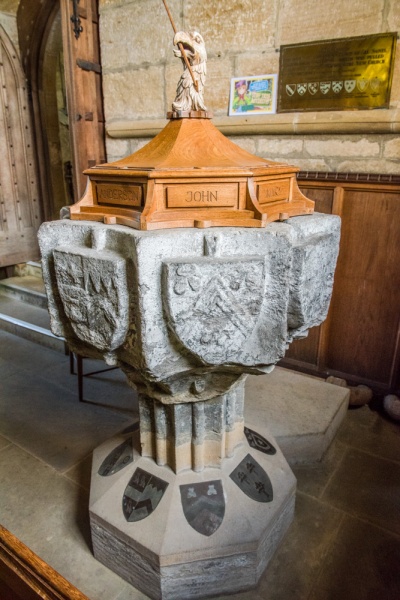 Near the font is a wall tablet commemorating Capability Brown, who began his career as a gardener on the Loraine family's Kirkharle estates.

In the chancel are memorials to generations of the Loraine family. Set into the nave floor near the font is a grave slab to Isabel Wood, who died in 1767. The epitaph describes her as '... distinguished thro so long a course of Years, by exemplary Virtue and Propriety of Conduct in every Relation of Life'. 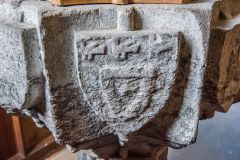 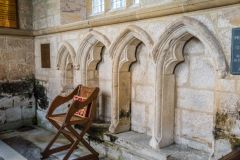 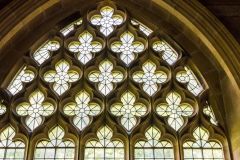 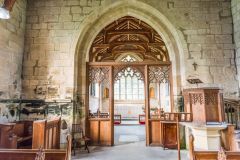