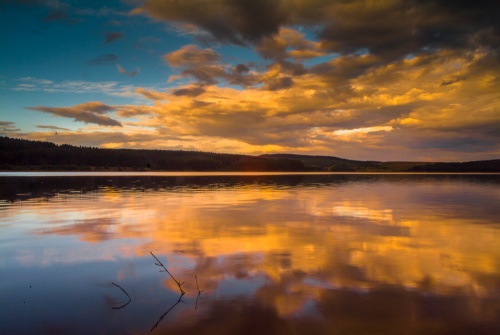 The most northerly of the National Parks, Northumberland National Park is also the least visited and the least populated, although that is due more to its location than to any lack of interesting reasons for visiting.

The northern part of the park is part of the Border Forest Park, with mile after mile of conifers planted by the Forestry Commission. The southern border of the park is marked by Hadrian's Wall, the 2nd century AD creation of the Romans who needed a barrier to keep out the fierce tribes to the north. 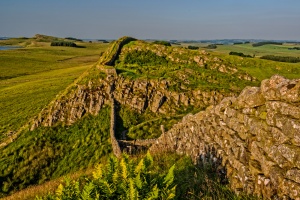 Wildlife in the park is diverse and fascinating. Whooper swans from Iceland winter in the low "loughs", or shallow lakes, that fringe the Wall; the best vantage point to see them is at Grindon. Roe deer roam the conifer woodland, with fox and badgers for company, but the local star is the curlew, the official symbol of the park.

There is excellent walking in the Otterburn Range north of the River Coquet, and the river valley offers some of the most beautiful unspoilt scenery in the north of England. Try the hill above Elsdon for wonderful views of the park, or the Cheviot, tallest of the Border Hills. The Pennine Way long-distance trail runs through the park from south to north, with long sections running parallel to Hadrian's Wall.

The Cheviot: views as far as Holy Island and nearby Iron-Age hill forts.
Hadrian's Wall: see Housesteads, one of the best-preserved Roman forts along the Wall.
Hardbottle Crags: heather moorland owned by the Forestry Commission
Holystone: Pretty village near the River Coquet. There are walks along the Roman road and to nearby viewpoints, as well as to Lady's Well, with legends of St Ninian.
Chesters Roman Fort - boasts an exceptional Roman bathhouse
Haltwhistle - historic market town near Hadrian's Wall
Housteads Roman Fort - the most complete Roman fort in Britain
Carrawburgh Temple of Mithras - 3rd-century Roman temple
Rothbury - the gateway to Coquetdale