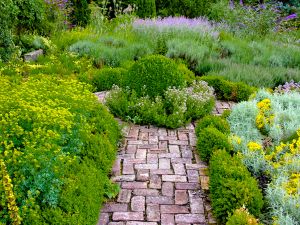 A small village near Hadrian's Wall, Chollerford is home to two popular visitor attractions. The first, and most ancient, is Chesters Roman Fort, a cavalry fort built to guard the Roman bridge over the North Tyne River. Extensive remains can still be seen of most of the buildings, including a large bathhouse beside the river.

The fort here was established in the early 2nd century and has been called the best-preserved Roman cavalry fort in the country.

Nearby is Chesters Walled Garden, an award-winning garden featuring plants that would have been common at the time of the Roman occupation of the area. The garden was established in the 18th century for nearby Chesters House, and covers two acres. A Roman road runs directly through the garden, which is situated directly beside the Roman fort.

UPDATE:
Unfortunately, the walled garden has now closed. We've left this description in place purely for its historical interest. Please do NOT attempt to visit!

The settlement of Chollerford grew up beside the Roman fort and the major crossing of the Tyne. The most notable event in the town's history took place in AD 633 when a Northumbrian army under Oswald of Bernicia met a force of Welsh led by Cadwallon ap Cadfan. The conflict is known as the Battle of Heavenfield and saw a decisive victory for the Northumbrians.

The battle site is marked by a commemorative cross on the side of the B6318. North of the cross is St Oswald's church, built on the spot where Oswald is traditionally said to have raised his battle standard.

One of the most popular hotels in the area is The George Hotel, immediately beside the bridge over the River Tyne. The George dates to the 18th century and creates a pretty picture with its stone walls covered in ivy, with the river as a backdrop. The bridge dates to the late 18th century and was built to replace a medieval bridge damaged in heavy floods in 1771. The bridge carries the B6318 across the Tyne.

The road is known locally as the Military Road because it was built following the Jacobite Rebellion of 1745 to ease troop movements between Carlisle and Newcastle. The bridge was completed in 1775 and spans a total of 90 metres, supported by five semi-circular stone arches.

Images of the George Hotel and Chollerford Bridge are republished with gratitude under a Creative Commons license and are the copyright of their respective photographers. 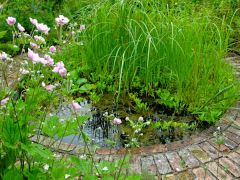 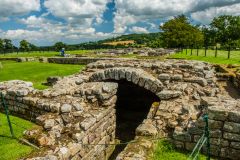 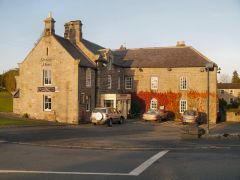 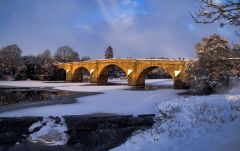 More self catering near Chollerford >>

More bed and breakfasts near Chollerford >>