HERITAGE HIGHLIGHTS:   Roman altar stone inside the church, which stands on the site of the Battle of Heavenfield, AD 634 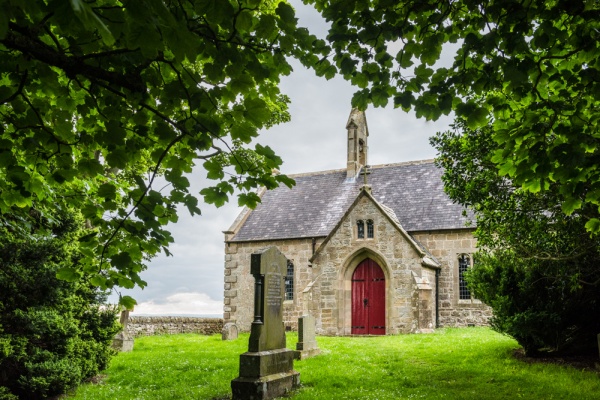 In AD 633 King Cadwallon of Gwynedd invaded the Kingdom of Northumbria and killed King Edwin. The kingdom split in two, and the subkingdom of Bernicia was ruled by Eanfrith. Cadwallon killed Eanfrith too, paving the way for his exiled brother Oswald to return and claim the throne. Oswald had lived in what is now Scotland for 17 years, including time spent on the island of Iona, and had adopted the Christian faith. 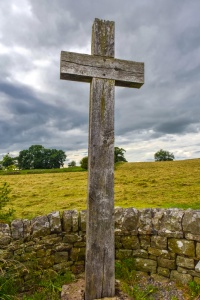 The Battle of Heavenfield

Oswald raised an army, supported by numbers of Scots, and took up a defensive position near the River Tyne, east of what is now Chollerford.

On the eve of battle Oswald claimed to have seen a vision of St Columba, who promised him victory. According to legend, Columba quoted the words of the Lord to Joshua, 'Be strong and of good courage, I will be with you'.

According to tradition, later recorded by the Venerable Bede, Oswald erected a large wooden cross and prayed before it with his troops before the battle commenced. The cross was said to have survived for over a century, and Bede reported that small pieces of the cross were immersed in water and the water used to heal both cattle and humans of illness.

Bede may have wished to cast the outcome as divine intervention, though it seems that Oswald's clever use of the terrain and of Hadrian's Wall to make Cadwallon advance along a narrow front was at least as responsible for his victory. Whatever the cause, the Welsh were routed, Cadwallon killed, and the Kingdom of Northumbria was returned to Christian rule. 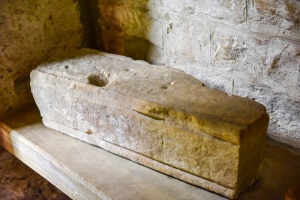 A fragment of medieval carved
stone in the porch

To be fair, things were not so clear cut as Bede wants us to think. It was not really a fight between Christians and pagans, for Cadwallon's army included both. Cadwallon himself was Christian, though his ally King Penda of Mercia was pagan. It seems highly likely that Oswald's soldiers, too, would have been both Christian and pagan.

Oswald ruled for only 8 years before he too was killed in battle, but Heavenfield is still considered a watershed moment in Northumbrian history, for Oswald's success ushered in the golden age of the Kingdom of Northumbria and re-established Celtic Christianity in the north of England at a time when it seemed likely to be submerged by the powerful pagan kingdoms to the south. As for Oswald, his head was recovered from the battlefield and installed in Durham Cathedral, next to St Cuthbert's body.

The place where Oswald raised his standard became a place of reverence for Christians in the north. A Saxon church was erected on the spot, which became known as Heavenfield, from the Saxon Hefenfelth. Remains of the Saxon church were discovered by dowsing in the 1950s. It was a simple two-celled building, probably erected in the late 7th century.

The monks of Hexham Abbey made a pilgrimage to Heavenfield each year on the eve of St Oswald's Day, 5 August. 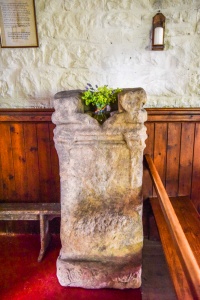 No trace of that first building remains above ground. It was replaced by a medieval church sometime in the Norman period. This, in turn, was rebuilt in the late 19th century.

A large timber cross stands by the roadside just east of Chollerford, near the presumed site of the original cross erected by Oswald. Even today Heavenfield Church is a destination for pilgrims and the site of an annual pilgrimage service from Hexham Abbey on St Oswald's Day.

Highlights include a Roman altar found nearby and brought into the church. The altar was reused as the base for a cross during the medieval period. Set into the north wall is a fragment of carved stone incised with the traditional zigzag motif popular during the Norman period. On the north wall is a funeral hatchment to a member of the local Clarke family. St Oswald's has never been served by electricity, and light is provided by gas lamps in the roof and candle-holders set into the walls. The organ is a foot-powered harmonium.

On the south wall you can see medieval mason's marks, and on the exterior is a sundial dated 1737. Much of the remainder of the church is Victorian, the result of a restoration in 1887 by the architect WS Hicks. 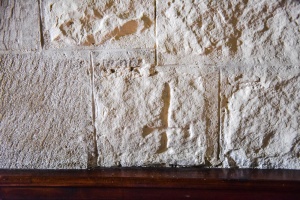 In the vestry is a fascinating display on the history of the church and the Battle of Heavenfield. A short walk to the south-west is Planetrees Roman Wall, a section of Hadrian's Wall under the care of English Heritage.

The easiest way to visit the church is to park in a layby on the north side of the B6318 one mile east of Chollerford. Immediately beside the layby is a tall timber cross, a reminder of the cross said to have been erected by St Oswald before the battle. A trail leads across a farm field to the church, which stands on a rise of ground in a copse of trees.

If you prefer to arrive on foot, the church stands on the St Oswald's Way Pilgrimage Trail, which runs from Heavenfield to Lindisfarne. It is also on the Hadrian's Wall Path long-distance trail, and is a popular stop with walkers.

St Oswalds is a special place; though the church we see today is primarily 19th century, the sense of age and history is palpable. It is not hard to close your eyes and imagine the scene here in 634, when the fate of kingdoms hung in the balance.

Also read our article on the Battle of Heavenfield for more details. 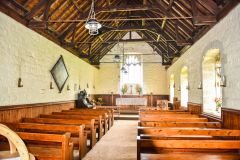 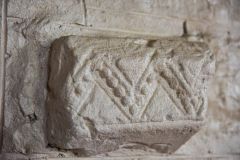 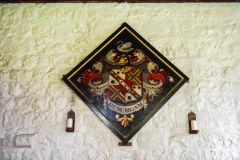 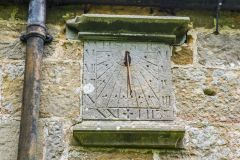 More self catering near Heavenfield Church